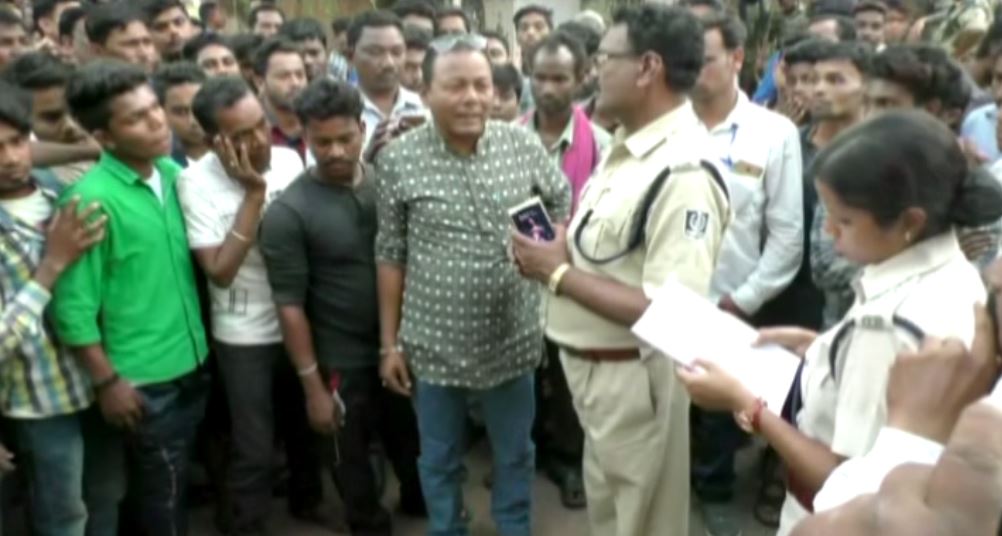 Patnagarh: Balangir superintendent of police K. Siva Subramani on Thursday suspended Patnagarh police station assistant sub-inspector Anadi Matari for thrashing the father of a baby that got stolen from a hospital in public.

Rudramani Tandi of Telenpali village, the father of the 4-day-old infant, had lodged a complaint with Patnagarh police station on Wednesday after a woman identifying herself as an ASHA worker took the infant from his wife Jayanti Tandi and fled the hospital.

As the police did not take any tangible action, Rudramani’s family members blocked the Patnagarh-Balangir road. But the Patnagarh ASI rushed to the spot and severely thrashed Rudramani, who lost his consciousness. Protesting against the ASI’s behaviour, residents staged a blockade.

Following information, the Balangir SP rushed to the spot and requested the family members to withdraw the blockade, assuring action against the ASI. He also told them that the police will find and hand over the infant to them very soon.

Following the assurance, the residents withdrew the blockade.