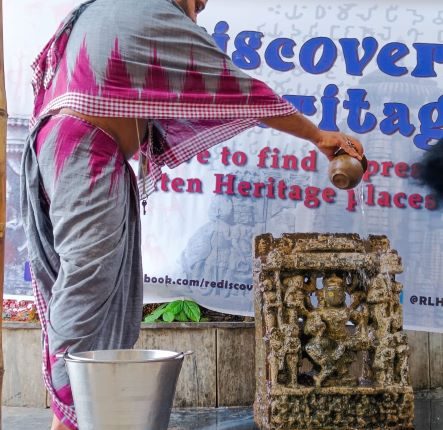 Bhubaneswar: The 587th coronation anniversary of King Kapilendradeva, the founder of Gajapati Dynasty, was celebrated at Cuttack and Bhubaneswar on Wednesday. He had ascended the throne on June 29, 1435.

An image of the king had been identified by Deepak Nayak of the Rediscovering Lost Heritage (RLH) group under a tree inside Gadagadia temple complex on Mahanadi river bank last year. The forgotten image had been under the tree for centuries. It was removed and kept inside the temple.

Today, ‘abhishek’ (coronation) ceremony was held in the temple with the participation of priests and heritage lovers of the RLH group. Later in the day, ‘abhishek’ on the image of Kapilendradeva found behind Kapali Mutt in Old Town of Bhubaneswar was also done by members of Intach, RLH and Maa Jageswari Club. 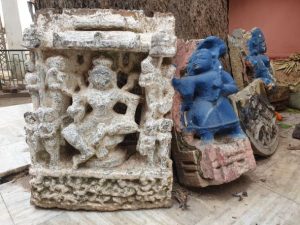 The Odisha king had shaken the eastern, southern and deccan lands of India with his powerful army of elephants, horses and men. Fighting numerous wars in all directions, Kapilendradeva’s empire eventually included all of today’s Odisha as well as parts of Bengal, Tamil Nadu, Andhra Pradesh, Telangana, Chhattisgarh etc. “Birashree Gajapati Gaudeswara Navakoti Karnata Kalabargeswara Kapilendra Deva Rautaray”, was undoubtedly the greatest Odia emperor after Kharavela. But history has not given due respect and accolades this greatest Odia Samrat deserves.

Like all Odia rulers, he too believed that the ultimate sovereign of Odisha was Lord Jagannath. Both the inner wall, Kurma Pachiri, and outer wall, Meghananda Pachiri  of Jagannath temple in Puri was built by him. He was an accomplished scholar of Sanskrit and wrote plays which were performed at the Jagannath temple. It was during his reign that Sarala Das wrote the Mahabharata in Odia language. 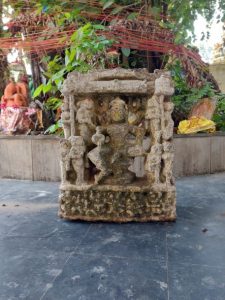 According to Deepak Nayak of RLH, Odisha gave the country one of its most glorious rulers in the form of Kapilendradeva. Deepak has identified many images of the king at different places and also deciphered the inscriptions attributed to him in his erstwhile kingdom.

According to historian Anil Dhir, Kapilendradeva has not been given his proper and rightful place in history. He was no less a warrior then Shivaji or Ranjit Singh and his reign saw the pinnacle of the military might of the Kalingans. Proper studies of the iconography and inscriptions found in various temples in South India should be undertaken.

Dr Biswajit Mohanty of Intach is of the opinion that the state government should observe the coronation day of the great emperor in a fitting manner. The pomp and pageantry of the era should be recreated in ceremonies. All places associated with this great conqueror should be identified and listed, he added.

Rohit Not Ruled Out Yet, We Still Have 36 Hours, says Team India Coach Rahul Dravid