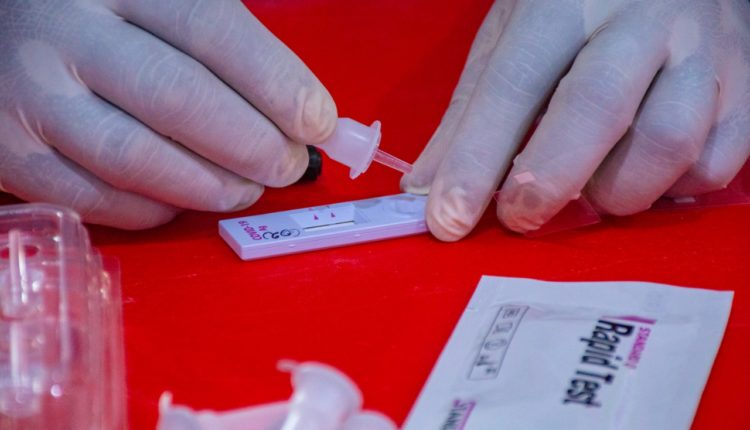 Bhubaneswar: The COVID-19 tally in Odisha is expected to touch 3.11 lakh and active cases surpass 15,000 by November 15, according to an internal assessment by the Health and Family Welfare department.

The projection is based on the current growth rate of 0.51 per cent (seven-day average), The New Indian Express reported.

The state has reported 297274 confirmed cases with 1431 casualties till November 6. The number of active cases now stands at 13770.

Khurda, Cuttack, Sundargarh, Mayurbhanj and Jagatsinghpur contribute to 37.58 per cent of the total cases in Odisha. Health experts have already warned of a rise in COVID-19 cases in Balasore and Jagatsinghpur, where bypolls concluded on November 3.

The projections further suggest that if there is a second wave in the state, it will be between December 15 and January 15.

On November 5, Chief Minister Naveen Patnaik warned about a possible second wave in Odisha in December.

Citing the examples of Kerala and Delhi, which have seen a resurgence in new infections, he stressed strict adherence to COVID-19 management guideline, such as wearing a mask, maintaining social distance and washing our hands.

Odisha has a positivity rate of under 6.2 per cent and a recovery rate of 95.33 per cent. The case fatality rate in the state is 0.46 per cent.

Meanwhile, Additional Chief Secretary of Health department, P K Mohapatra has said that the focus will be on post-COVID care along with intensified grassroots level surveillance on SARI and ILI cases.

“SCB Medical College and Hospital has been declared as the nodal agency for post-COVID care. It will collaborate with international universities and institutions for research activities,” he was quoted as saying by the national daily.

The second-phase sero survey will also be conducted in Puri, Balasore and Sambalpur in December, he added.

Man Organises Feast For 2000 People In This Odisha District; Know What Happens Next