COVID-19 Outbreak: Lockdown In These 4 Odisha Districts & Rourkela For 14 Days From 9 PM Tomorrow 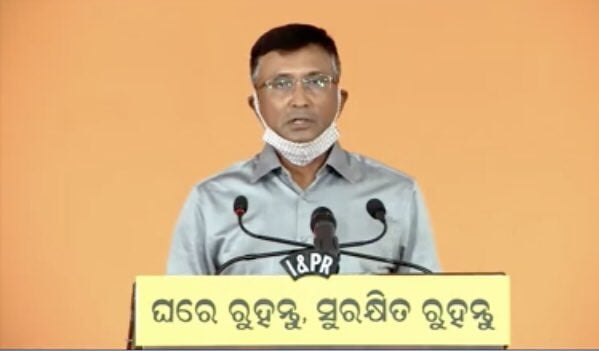 In a press briefing, Chief Secretary Asit Tripathy said that the decision was taken as 66 per cent of total cases are in Ganjam, Khurda, Cuttack and Jajpur. “90 per cent of cases in Sundargarh district has been reported from Rourkela municipal limits,” he said.

Aggressive surveillance, testing, contact tracing, isolation and treatment will be done during these two weeks. Movement of people will be restricted and shops, offices and institutions will remain closed during this period, he added.

The Chief Secretary further said that shops selling grocery, vegetables and milk will remain open from 6 am till 1 pm during the lockdown.

Airport, railway stations bus terminal will continue to function. Goods transport will continue and there will free movement of vehicles on the national highways.

“No vehicle will be allowed to enter the twin cities of Cuttack and Bhubaneswar unnecessarily,” he said.

Police Commissioner, Collector, ADM, DCP, Sub-Collector, Tahasildar, BDO, Municipal Commissioner and Executive Officer of Urban Local Bodies of these districts have been authorized to take all necessary actions for enforcement and implementation of these measures, he said.

Action will be taken against the violators under the provisions of Section 51 to 60 of the Disaster Management Act, 2005, besides legal action under Section 1BB of the IPC, and other legal provisions such as Epidemic Diseases Act, 1897, he added.

Also Read: Know What Will Remain Open During The 14-Day Lockdown In 4 Odisha Districts & Rourkela