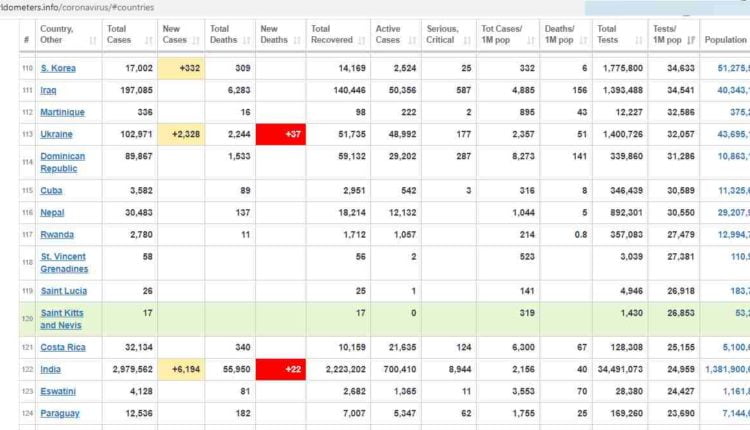 New Delhi: India has crossed 10 lakh or 1 million tests a day milestone, the Ministry of Health and Family Welfare announced on Saturday. A total of 10,23,836 tests were done of Friday.

The total cumulative tests in the country are more than 3.4 crore.

The Ministry explained in a statement that higher number of tests will initially lead to a rise in the positivity rate, it will eventually lower when combined with other measures such as prompt isolation, efficient tracking and effective and clinical management.

However, coming to tests per 1,000, the number falls to just 0.6. In comparison, the United Arab Emirates does 7.23 tests per 1,000 individuals, Denmark 4.83, New Zealand 4.41, and the United States is at 2.14 according to data from ourworldindata.org. India is currently ranked at 122 position in terms of tests per million population according to worldmeters.info. The same portal shows the country at number 3 position when it comes to the total number of cases.

Currently, there are 1511 labs comprising 983 labs in the government sector and 528 private labs for testing COVID-19. The types of labs are as follows:

Also Read: Odisha Leads In COVID-19 Testing In The Country