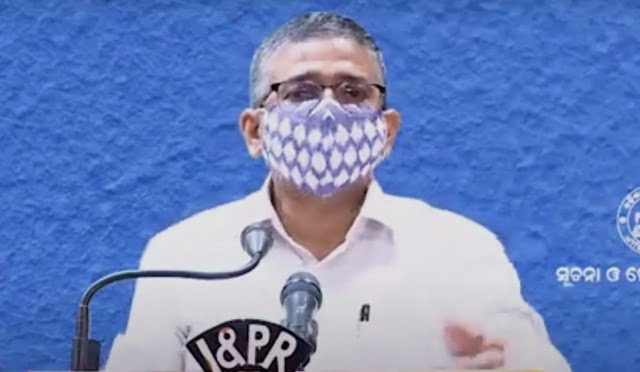 Bhubaneswar: The Odisha government on Thursday said priority will be given to people waiting for second vaccination shot.

Mohapatra said the two COVID vaccines—Covaxin and Covisheld are being given in Odisha at present of which the Covaxin is exclusively for the people staying in Bhubaneswar Municipal Corporation (BMC) jurisdiction whereas Covishield is for the people of remaining districts, including Khurda.

“There is no problem for the second dose vaccination of Covaxin in Bhubaneswar as there is enough stock of the vaccine. But, as the Centre has directed private hospitals to stop the vaccination from May 1 and return the unutilised vaccines to the state government, those who had taken the first dose in the private hospitals by April 30, will now take the second dose at any government hospital in Bhubaneswar free of cost,” he pointed out.

Referring to the Covishled vaccine, Mohapatra said the major issue is for the people above 45 years in 30 districts who have taken the first dose and are now waiting for the second dose.

“We have repeatedly requested the Centre to immediately send at least 15 lakh doses of vaccines which will be exclusively given to these people who are waiting for the second dose. Considering the urgency, there will be no first dose vaccination in the state right now,” he informed.

For the vaccination of the 18-44 age groups, Mohapatra said out of 1.93 crore of people of these age groups, 10.34 lakh belong to Bhubaneswar. “While there will be no problem for the vaccination of these people in capital city as they will be given the Covaxin, there is an acute shortage of Covishield for the people in 30 districts. “We have requested the Serum Institute to immediately send Covishield vaccine and the Bharat Biotech to send Covaxin exclusively for the second dose vaccination,” Mohapatra said.

He further said that the people of the 30 districts to be given the first dose of Covishield have to register their names in the CoWin portal and they will be allotted the slot for the vaccination once the vaccines arrive in the state.

“As the COVID positivity rate is very high in urban areas, our first priority will be to saturate the infection in five civic bodies in Cuttack, Berhampur, Rourkela and Sambalpur. Besides, to increase the vaccination base, we will provide the vaccines to private hospitals so that people will be vaccinated by paying a nominal cost of Rs 100 towards the administration charge,” he informed.

Expressing concern over the large congregation of people of 18-44 groups, he said it is found that although the slot allotted to them has the timing of his/her vaccination, they usually arrive at the session sites much earlier. “It is my sincere request to them that they should arrive at their allotted session sites a few minutes before their vaccination,” he said.