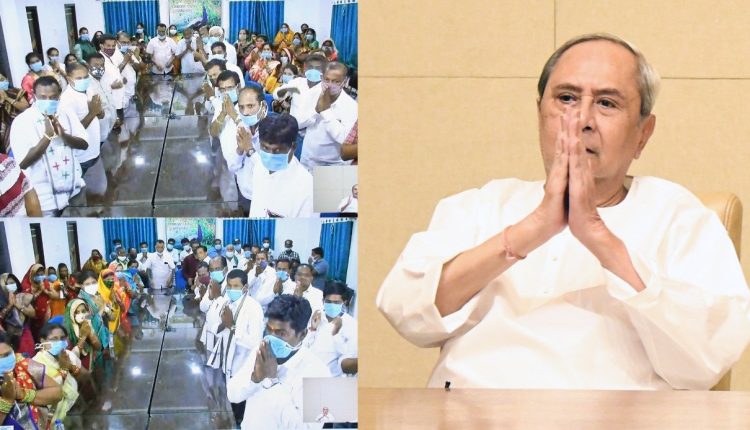 Bhubaneswar: While the ruling BJD broke all records by capturing Zilla Parishads (ZP) in all the 30 districts of Odisha in the recently concluded Panchayat elections, it created history by selecting women presidents in 21 districts, which a whopping 70 per cent of the total posts in the state.

While Mayurbhanj, Ganjam, Koraput, Keonjhar, Sundargarh, Bolangir, Sambalpur and undivided Koraput, except Nabarangpur, are now being headed by women, 12 OBCs have been made president as announced by party supremo and Chief Minister Naveen Patnaik that winners of the community would be given preference as the election was held without a quota for them.

In Naveen’s home turf Ganjam, an OBC woman has been elected to the post. Ganjam had seen more women candidates getting elected than the seats reserved for them in the panchayat polls.

The party sources that Naveen picked young educated candidates with a good reputation and without any criminal antecedents.  As many as 18 ZP presidents are graduates while 26 have completed education up to Plus II.

The average age of ZP presidents is 41 with Saraswati Majhi aged 23 being the youngest to have been elected to the post in Rayagada district. She is a science graduate.

Similarly, 26-year-old Samari Tangul from the Maoist-affected Swabhiman Anchal has been elected to the post in Malkangiri district. She has studied till Plus II. The age of presidents in 23 districts is below 50.

Taking to Twitter, Naveen congratulated the elected ZP presidents separately and hoped that the district would witness development under the leadership.

The BJD had registered a landslide victory in the panchayat polls, with the party winning on 766 seats out of 852 seats while BJP and Congress were reduced to 42 and 37 seats respectively. Independents and other parties managed to win seven seats.