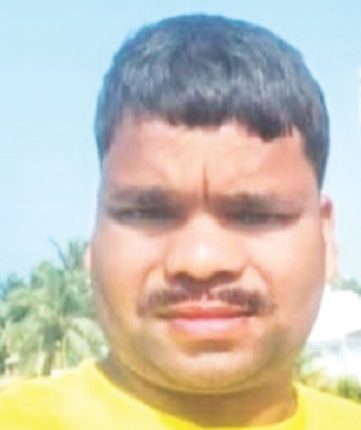 Bhubaneswar: The Crime Branch (CB) on Wednesday took over the investigation of the sensational abduction and murder case of cameraman Manas Swain.

The DGP transferred the case to CB in view of its gravity and involvement of multiple districts.

DGP, Odisha has ordered for taking up of investigation of Chandbali PS Case No. 63 dated 14.02.2022 of Bhadrak District by CID-Crime Branch in view of its gravity and involvement of multiple districts.

“Two teams have been constituted to investigate the matter. While one team will probe all the related events inside the state, the other will look into links outside Odisha,” ADG, Crime Branch, Sanjeeb Panda told the media.

The 28-year-old cameraman was brought to Bhubaneswar after being abducted from Bhadrak on February 7. He was allegedly beaten to death at an old age home run by Sarmistha Rout, the prime accused and owner of the web channel where Manas previously worked. His body was exhumed from Ranapur in Nayagarh on March 12.

Manas was reportedly in possession of some controversial videos and photos, which could have landed Sarmistha in trouble, and she was desperately trying to get the memory chip having some sensitive content related to some high profile people.

Former Information & Public Relations (I&PR) Director (Technical) Niranjan Sethi, who was arrested for his alleged involvement in the murder case, is believed to be the co-conspirator and the mastermind behind the burial of Manas’ body and subsequent attempt to shift it.

Police have so far arrested five persons, including three kidnappers, in connection with the case, Sarmistha, however, is still at large.

Earlier, the family members of Manas made some explosive claims, alleging the complicity of two Ministers Pratap Jena and Dibya Shankar Mishra in the murder case.

Anganwadi Centres In Odisha To Reopen From March 28