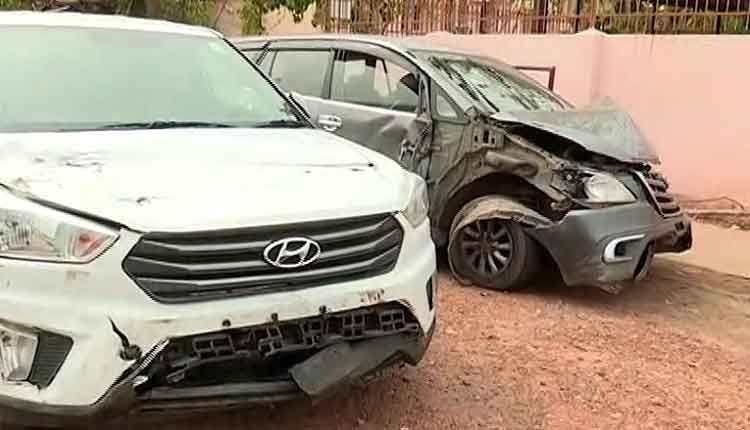 Bhubaneswar: The commissionerate police are on the lookout for four criminals who had tried to kidnap a businessman from Nayapalli area of Bhubaneswar late on Friday night.

Reports said that the Saheed Nagar police, on being informed about a series of accidents between Vani Vihar and Rasulgarh squares on NH-5 late at night, rushed to the spot and seized two vehicles. There were no persons inside these vehicles but the police found two guns. The police seized the guns and took the vehicles to Saheed Nagar police station.

Around that time, a businessman from Nayapalli area lodged a complaint with the police, saying four persons had kidnapped him at gunpoint at night.

He said four persons intercepted his vehicle near Nayapalli at night. Three of them took him in their vehicle, while another person drove his vehicle. “While the two vehicles were headed for Cuttack, the man who was driving my vehicle hit the one we were in from behind. Soon after the collision, the four criminals fled from the scene, leaving me behind,” the businessman said in his complaint.

After Nayapalli police informed Saheed Nagar police about this development, the latter handed over the case and the two seized guns. Nayapalli police say the incident was fallout of a family dispute.

Your Air Tickets To Cost More From July