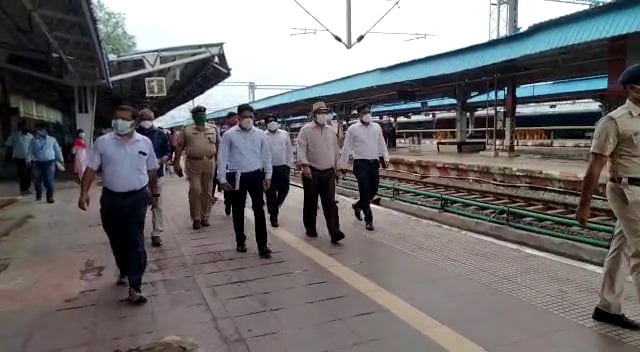 Cuttack: The railway station in Cuttack will be modernised and provided with modern amenities, said Divisional Railway Manager, Khurda Road, Shashi Kant Singh after an inspection of the station on Sunday.

Addressing the media, Singh said many redevelopment works have been initiated at Cuttack station, some of which include improvement of circulating area, station premises and passenger amenities.

The station also has facilities for Divyangs that include lifts, escalators, earmarked ticket counters and wheelchairs as well as battery-operated cars. Further, redevelopment of Cuttack railway station will be carried out by Rail Land Development Authority.

Singh appealed for suggestions from public for further enhancement of passenger amenities at the station. Later, he inspected the goods shed and connectivity to the goods shed.