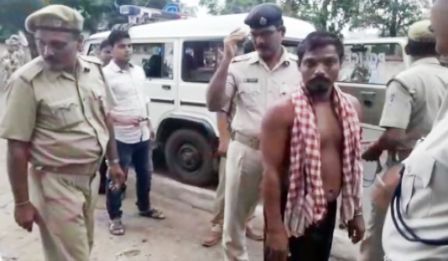 Cuttack: Twelve days after the arrest of suspected serial killer, Narayan Sahu, his wife has demanded a CBI probe.

Sahu’s wife, Gitanjali Sahu, told the media that she has moved the Judicial Magistrate First Class (JMFC) court in Cuttack, challenging the police action and requested the court’s  urgent intervention. “I have also requested the court to order a CBI probe to vindicate my husband’s innocence,” she said on Thursday.

Byomakesh Tripathy, Sahu’s counsel, said, “There are ample evidences including CCTV footage that prove that my client was at his native village in Nayagarh district when the crimes took place in Cuttack. This shows that the police have deliberately implicated my client in the murder. Protesting this, my client’s wife has requested the court to personally supervise the case and order a CBI probe to find the real killer.”

Notably, the Commissionerate Police had arrested Sahu, a native of Sunamani in Nayagarh district’s Odagaon area, on July 29. He was charged with murdering three homeless persons in Cuttack within 24 hours on July 23.