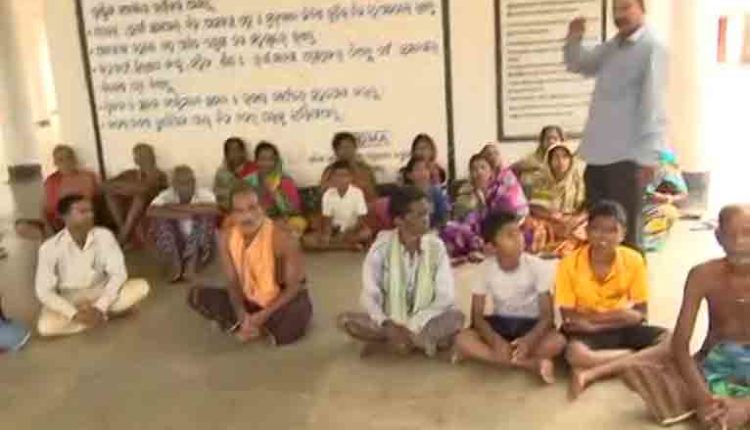 Bhubaneswar: With super cyclonic storm Amphan set to make landfall on Wednesday, the evacuation of people in four coastal districts of Odisha was going on in full swing on Tuesday.

The district administration and NDRF teams have started evacuating the people along the coastline in Bhograi, Baliapal, Sadar, Remuna, Bahanaga and Soro blocks.

Senior IAS officer Madhu Sudan Padhi, who is in charge to oversee the cyclone preparedness in the district, said, “Since zero casualties is our main objective, priority is on the safety of the people by shifting them to safer places.”

He said that the additional temporary medical camps (TMCs) for migrant workers will be used as cyclone shelters.

Stating that the NDRF and ODRAF teams have been stationed in the district, he said that arrangements have been made to restore road connectivity within 24 hours after the cyclone drifts towards the West Bengal coast.

IThe district administration has sounded a high alert in Basudevpur and Chandbali blocks.

District Collector Gyana Ranjan Das informed that evacuation of the people in the low-lying areas near the coastline will be completed by Tuesday afternoon. NDRF, ODRAF and Fire Service personnel are engaged in the evacuation process.

“Arrangements have been made to shift the evacuees to cyclone shelters in 72 panchayats and 363 schools in the district. Apart from this, 558 schools have been identified to keep more people if required,” the collector said.

Stating that the district administration has kept a close watch on the villages along the 3-km stretch near the coast, he said the ODRAF teams have been sent to Dhamra block.

The collector also informed that the district administration has shifted more than 20 pregnant women from different panchayats in Chandbali block in 108 ambulances and admitted them to the Community Health Centre (CHC).

The district administration and NDRF teams have begun the evacuation of the people from the slums in Sandhakuda and Nehru Bangala areas in Paradip.

Arrangements have been made to keep about 14,000 people in schools, colleges and cyclone shelters with adequate stocks of dry food and drinking water, Collector Sangram Keshari Mahapatra said.

IThe district administration has begun the evacuation of people from the vulnerable areas in Mahakalapada and Rajnagar blocks.

Collector Samarth Verma said more than 600 people from seven panchayat areas in Satabhaya have been shifted to cyclone shelters while the shifting of more than 17,000 people of 11 panchayats in Mahakalapada block is underway.