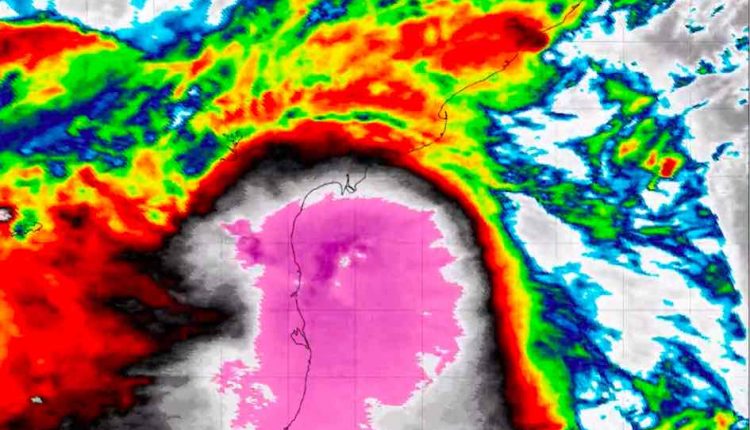 Bhubaneswar: While five districts in Odisha have been put on high alert following IMD’s latest forecast on the track and intensity of Cyclone Asani that may recurve after coming close to Kakinada coast in Andhra Pradesh on May 11 morning, Special Relief Commissioner (SRC) Pradeep Jena on Tuesday said that the system over the Bay of Bengal is unlikely to move closer to Odisha coast before May 13 morning.

“It is being expected that it would have weakened into a depression by then. Medium to heavy rain is expected under the impact of the approaching cyclone in Koraput, Gajapati, Ganjam, Malkangiri and Rayagada starting tomorrow (May 11),” he informed.

The National Disaster Response Force (NDRF) has also earmarked 50 teams for West Bengal, Odisha and Andhra Pradesh. Of them, 22 teams are deployed on the ground while 28 self-contained are on alert within the states to tackle the situation. While 12 teams have been deployed in the coastal districts of West Bengal, nine are in Andhra Pradesh. and one in Balasore, Odisha.

“It is very likely to move nearly northwestwards and reach westcentral Bay of Bengal close to Kakinada-Visakhapatnam coasts by May 11 morning. Thereafter, it is very likely to recurve slowly north-northeastwards and move along Andhra Pradesh coast between Kakinada and Visakhapatnam and then emerge into northwest Bay of Bengal off North Andhra Pradesh and Odisha coasts. It is likely to weaken gradually into a cyclonic storm by May 11 morning and into a depression by May 12 morning,” it added.

The rainfall intensity in Odisha is likely to increase in coastal districts from Tuesday night with heavy spells of 7-20 cm at some places.

Light to moderate rain or thundershower is very likely to occur at a few places in coastal Odisha, north interior Odisha and at isolated places over south interior districts.

Squally wind speed reaching 40-50 kmph gusting to 60 kmph is likely to continue along and off Odisha coast during May 10-12.

Fishermen have been advised not to venture into the sea till May 12.