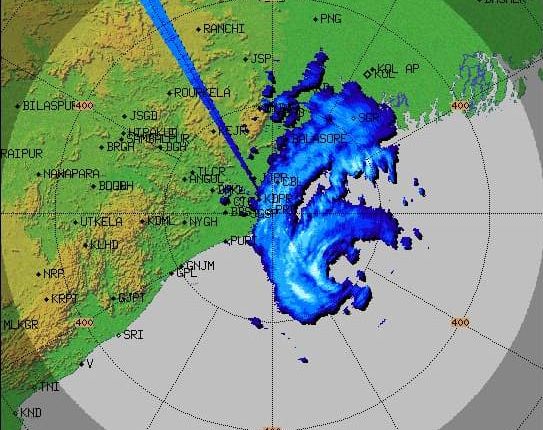 Mentioned below is the latest cyclone update by the IMD in its national bulletin.

— It is very likely to slightly intensify by November 9 early morning and move northwards for some more time and re-curve north-eastwards thereafter.

— It is very likely to cross West Bengal and Bangladesh coasts between Sagar Islands and Khepupara across Sundarban delta by November 9 midnight as a severe cyclonic storm with maximum sustained wind speed of 110-120 kmph gusting up to 135 kmph.

—Under its influence, light to moderate rainfall is very likely at most places in north coastal districts (Puri, Kendrapara, Bhadrak, Balasore and Jagatsinghpur districts) during the next three hours.

— Gale wind speed reaching 140-150 kmph gusting up to 165 kmph will prevail around the system centre over the north-west and adjoining west-central Bay of Bengal, is very likely to increase to 150-160 kmph gusting up to 175 kmph by November 9 morning and gradually decrease thereafter.

—Puri and Ganjam districts are likely to experience squally wind speed reaching 40-50 kmph gusting up to 60 kmph during the next 24 hours.

— Sea condition will be rough to very rough along and off the Odisha and West Bengal coasts and likely to become high to very high on November 9 and 10.

—Total suspension of fishing operations along Odisha-West Bengal coasts till forenoon of November 10.

—Fishermen have been advised not to venture into west-central and adjoining east-central Bay of Bengal during the next 24 hours over North Bay of Bengal till the evening of November 10.

—Fishermen have been advised not to venture into along and off Odisha–West Bengal coasts till November 10 morning.

Panchuka, When Jagannath Devotees In Odisha Make Up For Lost Time Of Kartika