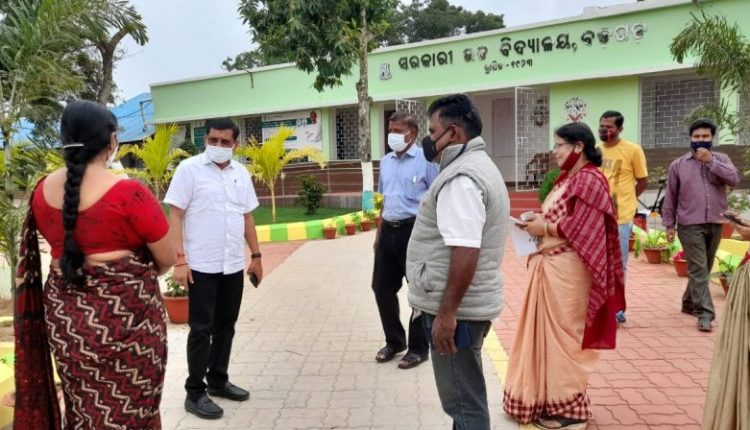 Bhubaneswar: As cyclone Jawad inches closer to Odisha, the districts are bracing up to prevent loss of life and property.

The Bhubaneswar Municipal Corporation (BMC) has made preparations for rescue, relief and restoration operations in view of heavy rainfall predicted for Khurda district.

At a review meeting with members of all wards in the city, BMC Commissioner Sanjay Kumar Singh instructed them to identify potentially hazardous and low-lying settlements in their respective wards. The Ward officials have been asked to evacuate citizens to nearby schools, cyclone shelters or safer places. Singh also stressed on shifting of homeless and beggars to shelters.

Stocking of dry food like rice, flattened rice, jaggery and candles has been given importance while provision of cooked meals at all cyclone shelters has been made.

The Chief Municipal Medical Officer (CMMO) has been informed to ensure adequate stock of medicine, anti-venom and halogen tablets.

While PDS distribution has been made ready for November and December, WATCO Division-I and II have been asked to keep adequate tankers ready for uninterrupted supply.

To avoid any untoward incident, the BMC Commissioner has ordered to bring down high mast lights installed at various locations in urban areas and remove advertisement boards like billboards and hoardings for safety of citizens.

The leaves of all officials have been cancelled and asked to be prepared and stay alert from December 3 to 6 to meet any eventuality.

A special drive has been conducted to rescue and rehabilitate beggars, homeless and destitute persons roaming on streets, over bridges, temples and footpaths across the city.