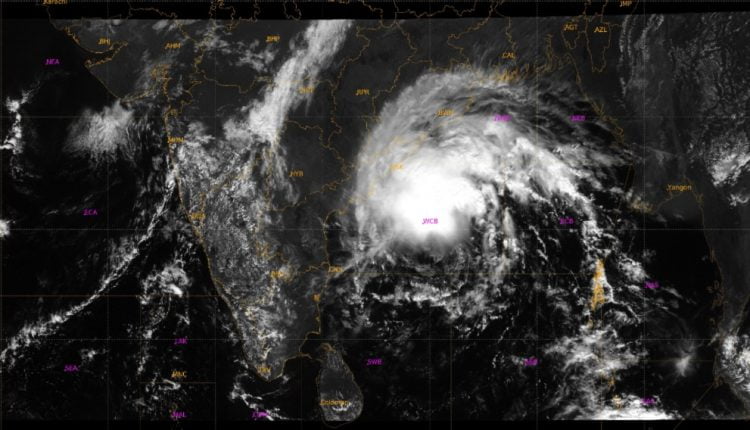 Bhubaneswar: The cyclonic storm, which is expected to take shape in the Bay of Bengal in the next six hours, is likely to make landfall in Puri district by December 4 evening or December 5 morning before recurving north, north-east and head towards West Bengal and Bangladesh, Special Relief Commissioner Pradeep Kumar Jena informed on Friday.

“After hitting the coast, the system may again divert to sea. There’s also a possibility of the cyclonic system not hitting the coast if it changes its path further. Wind speed likely to remain around 90-100kmph,” he said.

According to the India Meteorological Department (IMD), the system is likely to recurve northnortheastwards and move along Odisha coast during the subsequent 24 hours with a maximum sustained wind speed of 80-90 kmph gusting to 100 kmph.

The wind speed of the cyclone may gradually decrease after touching Odisha coast, Jena added.

The German weather service ICON model had earlier said that the cyclonic storm is likely to make landfall at Konark in Puri district. The JTWC track, however, showed that the storm may head either to Ganjam or Puri district.

American GFS model predicted the cyclone to pass close to the Odisha coast but make landfall in adjoining areas of West Bengal and Bangladesh.

According to the European model ECMWF, the landfall will take place along the Andhra Pradesh coast.