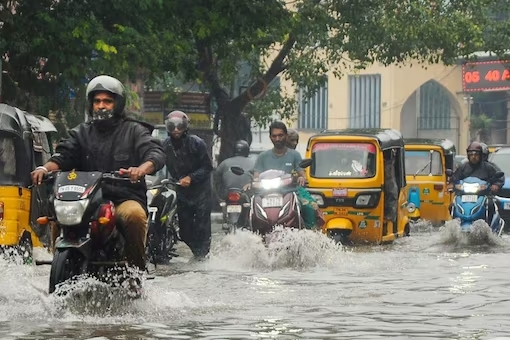 Chennai: With Cyclone Mandous likely to intensify into a severe cyclonic storm on Thursday evening, the local administration has declared a rain holiday for schools and colleges in Tamil Nadu’s Chennai, Tiruvallur, Cuddalore, Villupuram and Kancheepuram districts on December 9.

A holiday had already been declared for schools in Tiruvallur, and for schools and colleges in Thanjavur district on December 8 as cyclone Mandous was predicted to be moving towards the coast, leading to light to moderate rainfall in those areas.

Schools and colleges in Vellore were also instructed to close down from Thursday noon, India Today quoted Regional IMD director Balachandran as saying.

“The cyclone is moving west-northwest and will likely cross between Puducherry and Sriharikota around midnight on December 9. We expect the system to cause rain today and tomorrow in the delta region. Strong winds are expected at a speed of 40-50 kmph on the coast,” Balachandran informed.

Balachandran said the cyclone was expected to cause minor damage to communication and power lines, thatched roof huts, tree branches.

“We will have to take care of old buildings,” he said.

According to India Meteorological Department, Cyclone Mandous is likely to weaken on Friday afternoon.

Cyclone Mandous will have no direct impact on Odisha.