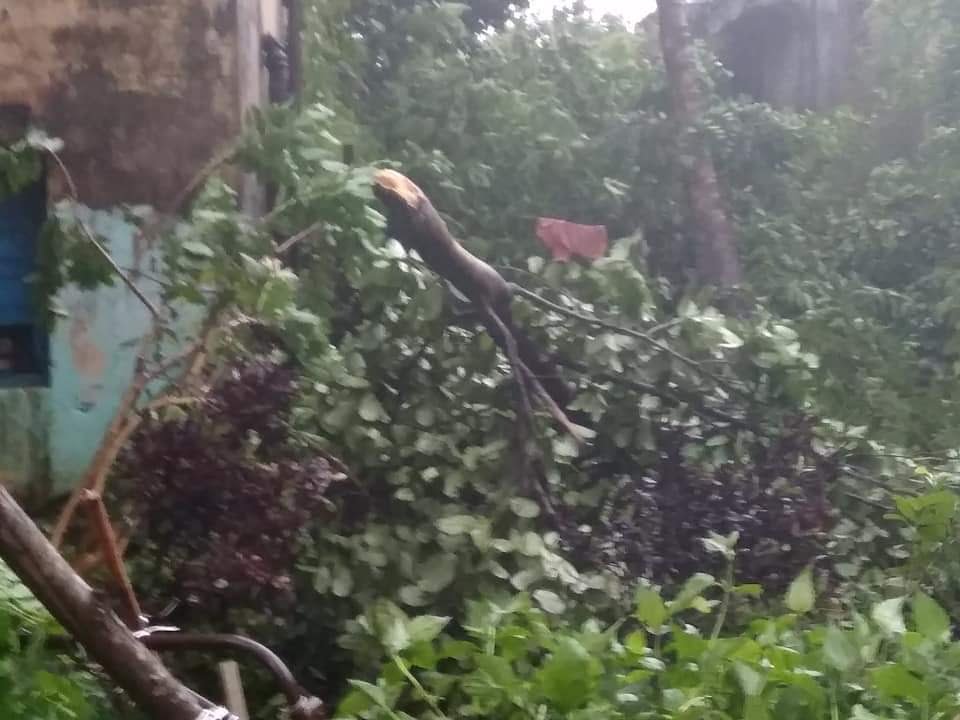 Paralakhemundi: Torrential rain since the last two days under the influence of the cyclonic storm Titli has disrupted road communication in Gajapati district in South Odisha.

Till reports last came in, incessant heavy rain accompanied by strong wind still continues in the district. In Mohana, which received a record rainfall of 315 mm till 5.30 am on Thursday, the floodwater of Ledabandha river was flowing at a height of about three feet. As a result, vehicular traffic between Berhampur and Rayagada has been disrupted.

Besides, road communication from Mohana to the eight panchayats including Antaraba and Gumiduda has been disrupted due to overflowing of rainwater at a height of about five feet over the Atharanala bridge.

In several places of the districts, the 33 KV and 11 KV power lines fell on the ground while several electric poles have been uprooted. Several big trees have also fallen on the road.

According to the Special Relief Commissioner (SRC) Bishnupada Sethi, the cyclonic storm has rendered maximum damage in Gajapati district. Considering the extent of the damage, the state government has sent two more NDRF teams for relief, rescue and restoration works.

Stating that the impact of the cyclone Titli is still on in Gajapati district, he said the intensity of the cyclonic storm will reduce after it re-curves in the north-west direction and moves along the Odisha coast towards the Gangetic West Bengal later in the day.