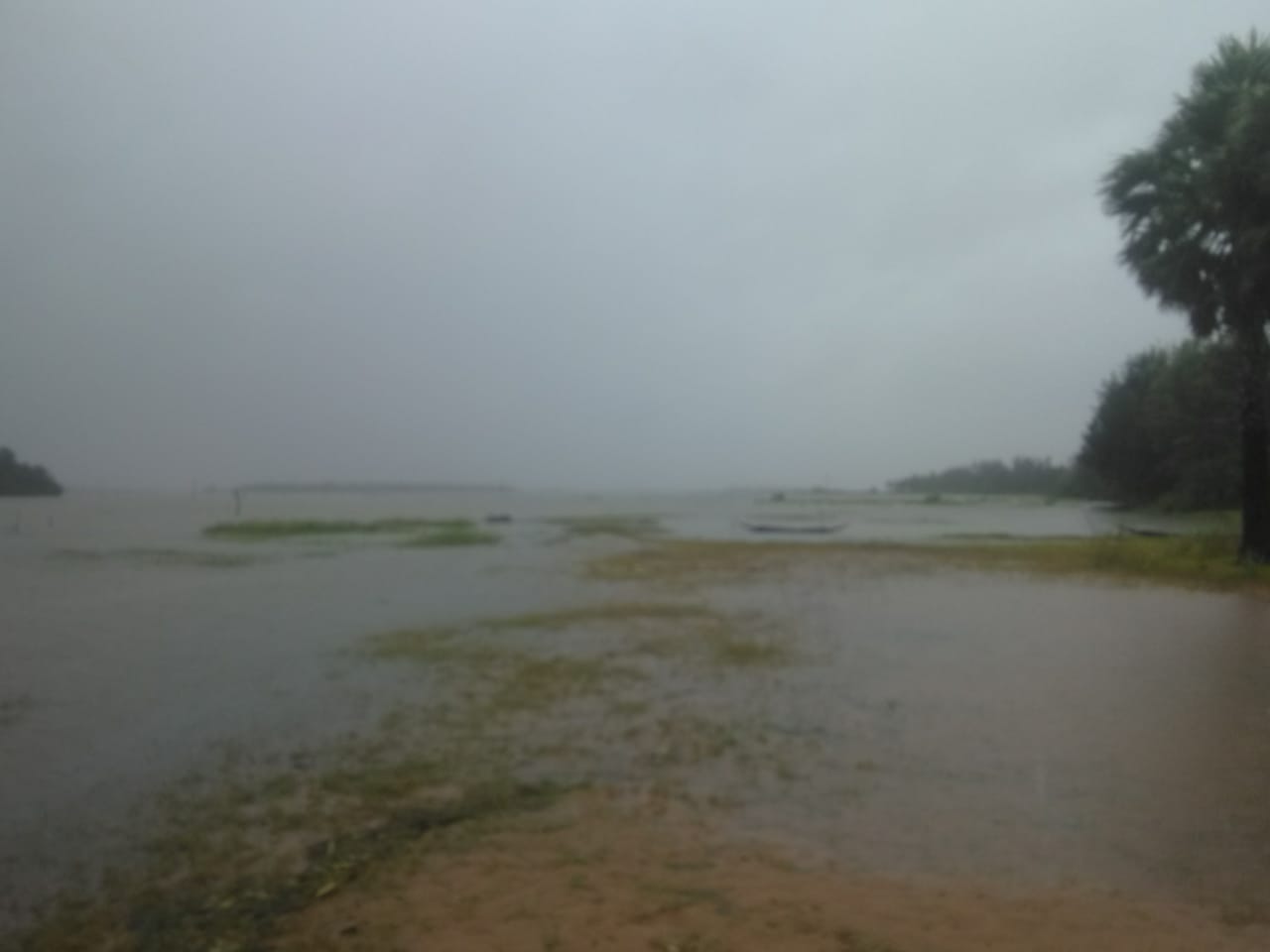 Bhubaneswar: There is a possibility of flood-like situation in southern and northern Odisha following heavy rainfall since the last 48 hours under the influence of cyclone Titli, which made the landfall near Palasa in Andhra Pradesh in the early morning hours of Thursday.

In Balasore, Jalaka river was flowing at a height of 5.65 metres against the danger mark of 5.5 metres at Mathani in Basta block. At Aska in Ganjam district, the Rushikulya has touched the danger mark. The water level is expected to increase further with still lashing the upper catchments of the river. Road communication between Berhampur and Sorada and Sheragada and Aska has been cut off due to overflowing of floodwaters.

Meanwhile, it continued to rain heavily in Rayagada district as the cyclonic storm after making the landfall had crossed over the district and moved towards the northeast.

Duty officer of Meteorological Centre, Bhubaneswar, LK Giri said the highest rainfall of 225.6 mm was recorded at Mahendragiri, followed by 223.8 mm at R. Udyagiri and 216 mm at Mohana in Gajapati district. In Ganjam district, the maximum rainfall recorded was 211.8 mm at Purushottampur while it was 173.4 mm at Rajghat in Balasore district.

Talking about the rainfall, Giri said there were be extremely heavy rainfall at few places in the seven districts of Ganjam, Gajapati, Rayagada, Kandhamal, Kalahandi, Boudh and Nayagarh and heavy to very heavy rainfall in the 12 districts of Gajapati, Ganjam, Puri, Rayagada, Koraput, Kandhamal, Kalahandi, Boudh, Balangir, Jagatsinghpur, Kendrapara, Khurda, Nayagarh, Cuttack, Jajpur, Dhenkanal, Angul, Bhadrak and Balasore from Thursday night till 8.30 am the following morning. 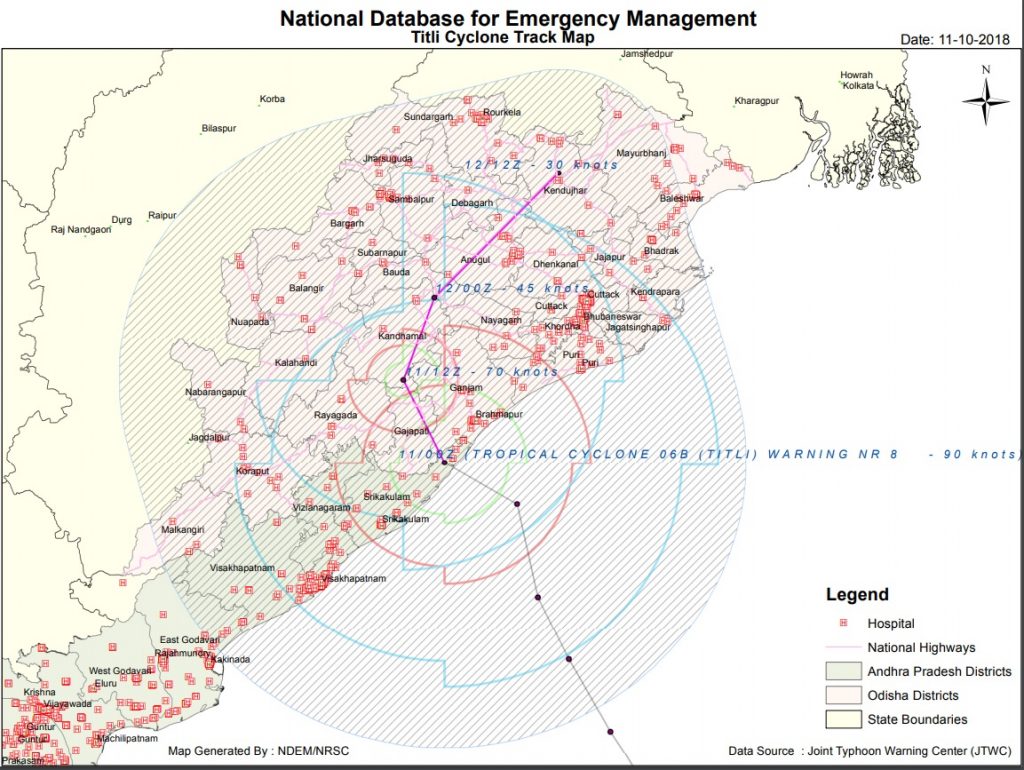 According to the latest release by the India Meteorological Department (IMD), the cyclonic storm over the north coastal Andhra Pradesh and adjoining south Odisha had moved westnorth-west with a speed of about 13 kmph and lay centred over south Odisha, about 90 km west-south-west of Gopalpur and 60 km south-south-east of  Phulbani.

It will move in the north-west direction for the next 12 hours and then re-curve northeastwards towards Gangetic West Bengal across Odisha and weaken gradually to a deep depression by Thursday midnight.

On the other hand, the wind speed reaching 60-70 kmph  gusting up to 80 kmph will prevail along and off the south coastal Odisha and subsequently come down to 40-50 kmph gusting up to 60 kmph by Friday morning.

Since the intensity of the cyclonic storm has substantially decreased, the IMD has advised state government to hoist the Danger Signal No- 7 at Gopalpur and Puri ports and Local Cautionary (LC) signal No-III at Paradip and Chandbali ports.

Since the sea condition will be rough to very rough along and off north Odisha coasts on October 11 and 12, the fishermen have been advised not to venture into sea along and off the Odisha coast and north and adjoining central Bay of Bengal till October 12, the release added.