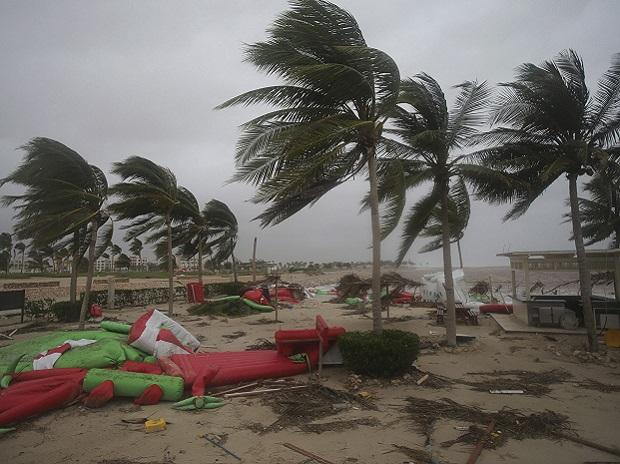 Cyclone Vayu is expected to “recurve” and make landfall as a “depression” by Monday midnight near Porbandar in coastal Gujarat, the India Meteorological Department (IMD) said.

“The system is very likely to move west-northwestwards for about 6 hours and gradually recurve north-eastwards thereafter and cross the north Gujarat coast by mid-night of June 17, 2019, as a depression,” it said in a statement.

The very severe cyclonic storm has reduced to a depression and will bring winds at speeds of around 55kmph. It is expected to make landfall near Porbandar and Junagadh districts.

Currently, wind speeds in Dwarka, Bhuj and Porbandar are around 15-25 kmph. These places are expected to witness heavy rainfall.