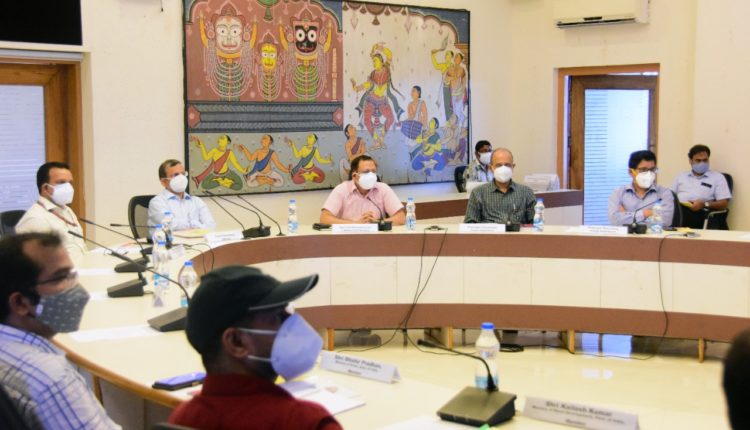 Bhubaneswar: The inter-ministerial team from the Centre held a meeting with senior officials of Odisha Government after a review of damages caused by Cyclone Yaas.

Jena informed the Central team about the preliminary damage assessment and said 10,644 villages in 2,138 gram panchayats in 11 districts have been affected. These apart, 425 wards in 30 urban areas have also borne the brunt of the Yaas.

As many as 26,781 houses have been damaged and 12.77 lakh animal resources have been affected.

Ahead of the cyclone, 7.10 lakh persons were evacuated from vulnerable locations, said Jena and added added that standing crops on 6,348.4 hectares of farmland have been damaged.

Mahapatra said as per the instructions of Chief Minister Naveen Patnaik, Odisha Government will carry out restoration and relief work from the State Disaster Management Fund. However, he reiterated the state’s demand for a robust and permanent disaster-resilient solution.

“Odisha primarily needs a disaster-resilient power supply system and protection against high tides. The State has prepared a detailed project plan which will be submitted with the Centre very soon,” the Mahapatra said.

Joint Secretary, Home Ministry, Sunil Kumar Barnwal who was leading the seven-member team said Odisha’s mechanism to face disasters is praiseworthy. “From the State Capital to Panchayat level, everyone worked as a team,” he said.