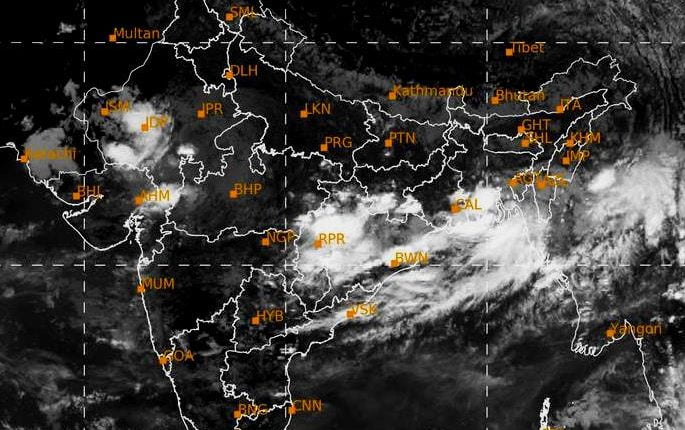 Bhubaneswar: With the cyclonic circulation over Bay of Bengal moving closer to the Odisha coast, the India Meteorological Department (IMD) has sounded heavy rainfall warning for 18 districts.

In a mid-day bulletin on Sunday, the IMD said the cyclonic circulation over the north-west and the adjoining west-central Bay of Bengal has moved towards the north-west Bay of Bengal and adjoining areas of north Odisha, West Bengal and Bangladesh coasts. The system is most likely to move in the west-north-west direction and lay centred near the north Odisha coast within a few hours and then concentrate into a low-pressure area.

Under its influence, there will be heavy rainfall at one or two places in Balasore, Bhadrak, Jajpur, Kendrapada, Cuttack, Jagatsinghpur, Khurda, Puri, Mayurbhanj, Keonjhar, Sundargarh, Jharsuguda, Bargarh, Dhenkanal, Sambalpur, Nuapada, Balangir and Sonepur districts on Sunday.

As the low pressure will move further in the west-north-west direction in the subsequent 24 hours, there will be heavy rainfall at one or two places in Keonjhar, Jharsuguda, Sundargarh, Sambalpur, Deogarh, Bargarh, Nuapada and Balangir districts on Monday, the bulletin said.

However, the IMD said that the low pressure will not be as severe as the previous one as it will not concentrate into a depression and pass through north Odisha and Sundargarh as low pressure towards Chhattisgarh.

Meanwhile, rainfall has started in the coastal districts this morning. The rainfall began in the twin cities of Cuttack and Bhubaneswar at about 11 am with one or two spells of moderate showers.

‘Shershaah’ To Be Screened At Inflatable Theatre In Leh, Odisha’s Nila Madhab Panda To Conduct Masterclass On Direction

‘Our Lalit Is No More’, Semi-Decomposed Body Of…