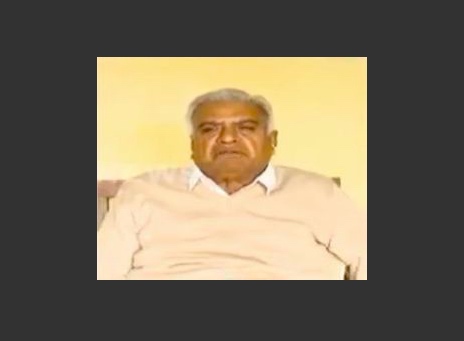 Bargarh: Veteran Congress leader and three-time MLA from Padampur Assembly constituency Satya Bhusan Sahu lost his deposit in the bypoll, the result of which was declared on Thursday.

Speaking to the media, Sahu said that this is not ‘Janadesh (mandate of the people) but Danadesh (power of money)’. “The BJP and the BJD are in power at the Centre and state respectively. They are looting people and using that money to win elections,” he said.

He further said that earlier people voted for candidates and the work done by them. “Now, it is about how much one can spend to retain their vote bank. Congress cannot match the flow of money in such elections. Money overshadowed my good work,” he added.