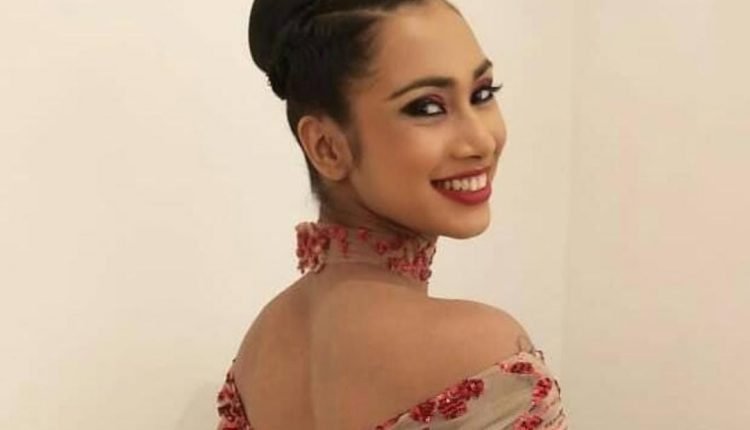 Bhubaneswar: A bad fall leading to a spinal injury during a dance reality show about nine years ago to her bouncing back with renewed vigour and catching the fascination of all dancer lovers, Bhubaneswar girl Arundhati Garnaik has come a long way.

While on the race to the finale of Dance Deewane 3, which will see eliminations every week where 1-1 contestants from each generation go home based on audience voting, Odisha Bytes spoke exclusively to her about her journey, expectations and future plans.

“After spending the COVID-19 lockdown in Bhubaneswar, I was craving to be back on stage and that is when Dance Deewane happened,” she said.

A contemporary dancer, who began training with choreographer Terrance Lewis only about three years before the pandemic hit India in 2020, Arundhati has showcased a range of dance forms, including jazz and classical, and emotions on this dance reality show being judged by actress Madhuri Dixit and choreographers Dharmesh Yelande and Tushar Kalia.

The 24-year-old, who left Madhuri whistling in admiration with her very first performance, has been appreciated by guest judges, including yesteryear actors Helen and Rekha and Urmila Matondkar, for her sensuous dance numbers.

After contemporary, she wowed the judges and special guests, Javed Jaafri and Naved Jafri of Boogie Woogie fame, with her mix of Odissi and contemporary performance on ‘Teri Deewani’.

With the show donning a new avatar, she got Kishen Bilagali, the season 1 winner, as her dancing partner. “The challenges doubled for me as I had always performed as a soloist or as a lead dancer in a group,” she said. 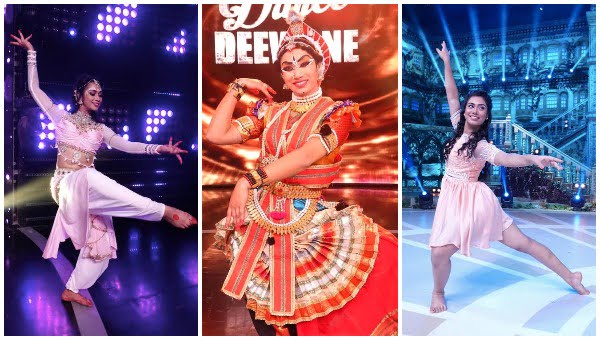 Yakshagana, a traditional folk dance form popular in Karnataka, performed by the duo was well-appreciated and so also, the divine act of Shiv and Parvati, which could showcase her versatility as a dancer.

She also explored the emotional and story-telling aspects with Kishen.

“We get about two days to prepare for every performance. We start at around 9-10 am and the rehearsals extend till 10 in the night,” she said.

Arundhati picked three of her performances in which she outperformed herself and the expectations of the judges, as her favourites.

She teamed up with choreographer and mentor Pratik Utekar for an emotional performance on the song ‘Naina’ from the movie Dangal. “Since Pratik Sir mentored me since the beginning of the show, this performance will always remain special for me,” she said. 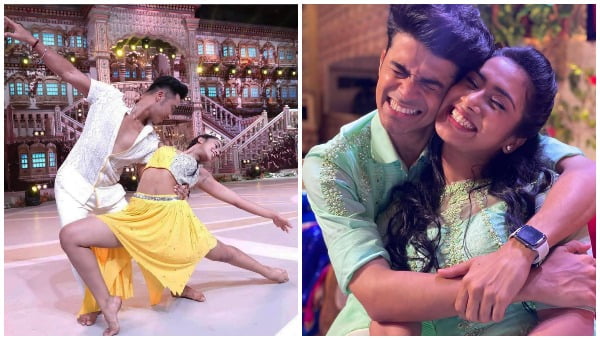 The second was the sensuous number ‘Tip Tip Barsa Paani’ with choreographer Deepak Singh and the third, a contemporary dance performance about a couple with Kishen.

“The one with Kishen which delved into the life of a woman with a schizophrenic husband was the most difficult as I had to switch emotions from romantic to fear, within a fraction of seconds,” she said.

Arundhati won a token gift of Rs 101 from Madhuri for this performance. “Mindblowing! I think this is the best performance till date. Arundhati, you should represent India at the international level. We will be so proud of you,” Madhuri said.

Arundhati often inspires awe in the audience with her slow back-arching step and the waves she creates with different parts of her body. “As a soloist, I had worked on back arching as a signature style. Pratik Sir advised me to do it slowly to create a better impact,” she said. 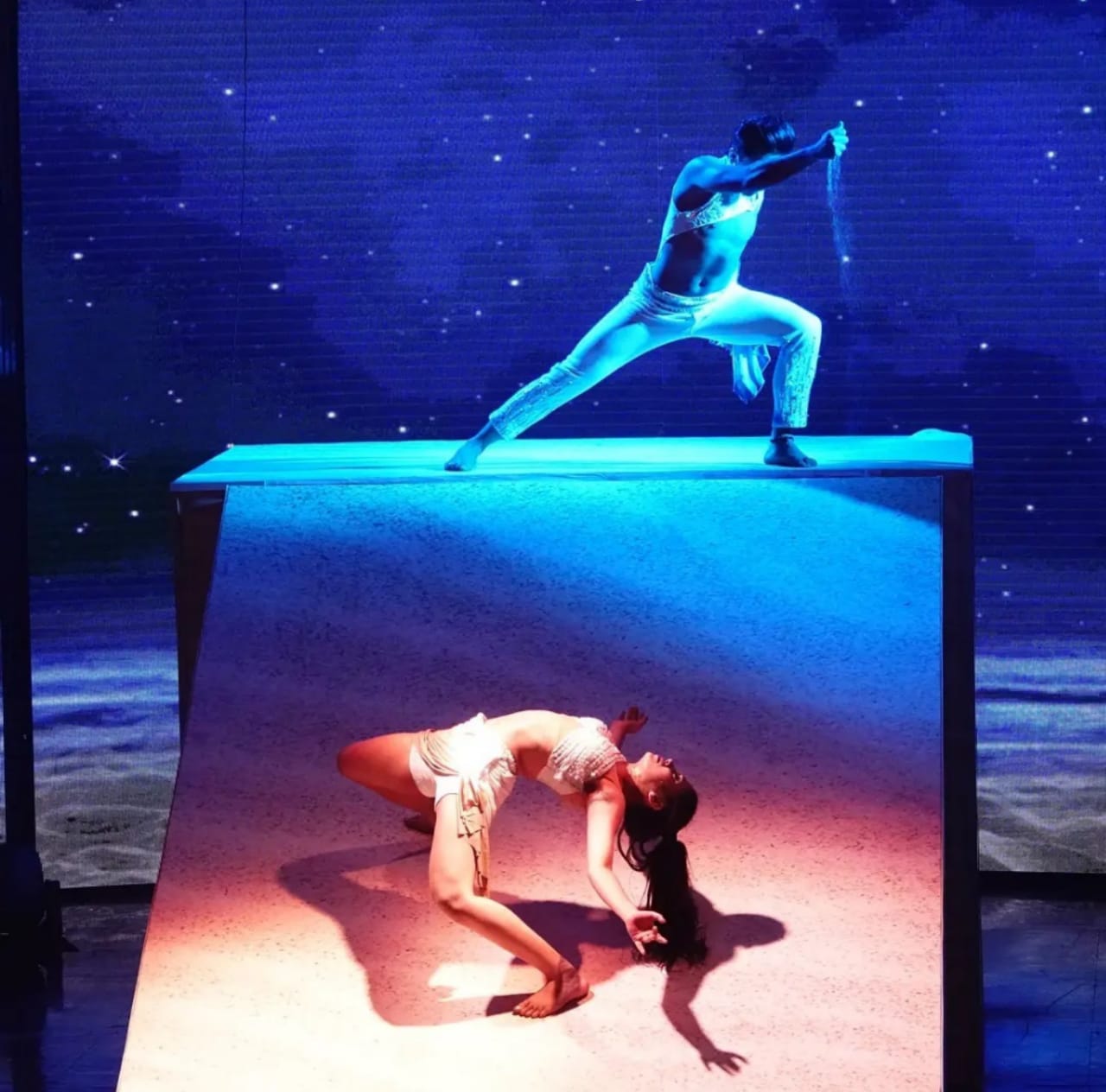 “Madhuri Ma’am is my favourite. Since Tushar Sir is a contemporary dancer himself, I look up to him,” she said.

Arundhati further said she always looks forward to the feedback from Dharmesh. “He is very subtle. He points out our mistakes without being critical or demotivating,” she said.

THE GUEST JUDGES & THEIR COMMENTS

Arundhati said she was overwhelmed when Rekha presented her with an evil eye bracelet. “I was on the seventh heaven. She has always been an icon and an inspiration,” she said. 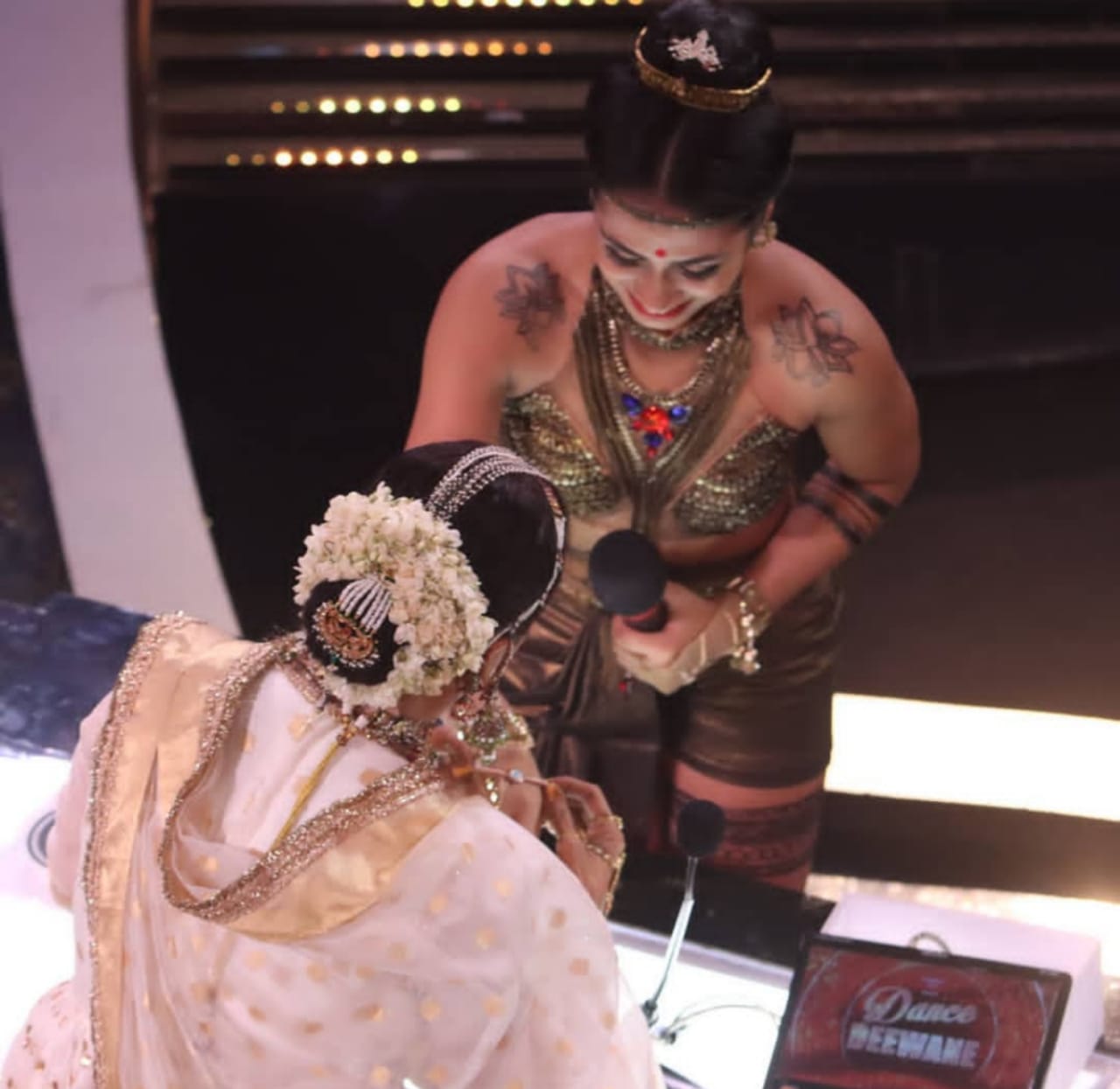 She along with Kishen had performed on ‘Man Kyon Behka Re Behka Aadhi Raat Ko’ during Rekha Utsav Special.

She won a standing ovation from Helen after her performance on ‘Yeh Mera Dil’. “My song is nothing in front of what you did just now. I am honoured to be here to see you perform,” said Helen.

“This was another moment that I will always cherish,” said Arundhati.

Javed Jafri, who is credited for bringing breakdance to the silver screen, said, “I have been dancing since the 1980s and have watched all dance shows around the world, including the Broadway. Beta, you are a dancer of international level.”

“Perhaps, the motive behind the invite to this show was a divine call to watch you perform,” he added.

After almost eight months at Dance Deewane, Arundhati said it is more like a family unit now. “Antara is my best friend. I am also close to Soochhana Chorrge,” she said. 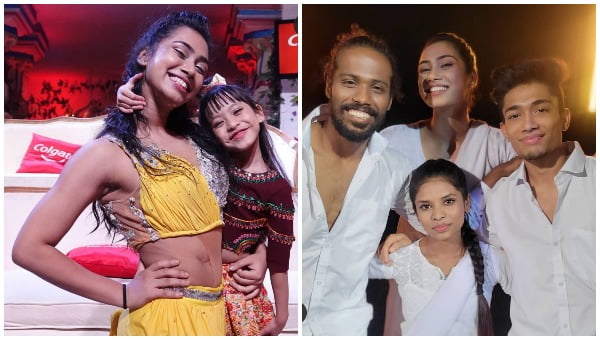 Gunjan Sinha is her favourite contestant. “I always wanted to perform with her. Tushar Sir had even once suggested that we both perform on stage. Since we have not got the chance to perform together till now, we settled for Insta reels,” she said with a smile.

HER PERFORMANCE IN CUTTACK

While in Class XII, she had participated in ‘So You Think You Can Dance’ aired on & TV.  Though Arundhati was not picked for the dance show, she caught the eyes of ace choreographer Terrance Lewis, who inducted her into his dance company. For the next three years, she performed with the company.

She was the lead dancer of the performance by Terrance Lewis Contemporary Dance Company at Khelo India University Games in Cuttack in 2020.

“The vibes, the crowd and the energy were so scintillating. The Odia feeling was great and the speech by Chief Minister Naveen Patnaik was very inspiring,” she said.

“I hope I have been able to impress the audience with my performances in the last eight months. It is their votes which will decide my fate now,” she said while appealing to all to vote for her.

Arundhati wants to travel to LA and taking up dancing classes. “I want to save up and 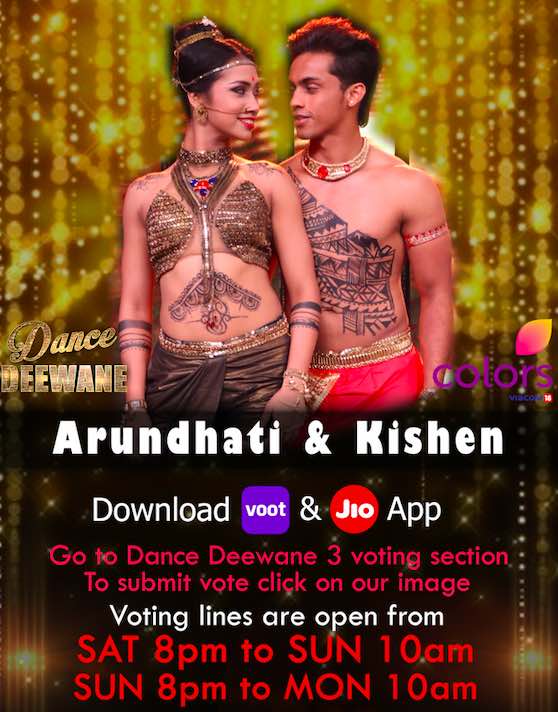 travel abroad. I also want to participate in ‘So You Think You Can Dance’ and ‘World of Dance’,” she said.

However, she also has some dreams back home too. During one of her performances, Tushar had offered her to assist him in his movies after the show. “It will be an absolute honour for me to work with you,” he had said.

And offers to choreograph and also perform have started pouring in for this Bhubaneswar girl. “I got a call for two music videos. But I also want to stay in the limelight and so would like to try my luck in Bollywood as a performer,” she said.

Norah Fatehi, who is known for her dance numbers in the Indian film industry, had once told her, “You should be on the big screen.” Urmilla too had echoed her views.

Here, wishing Arundhati all the luck for the audience voting rounds.