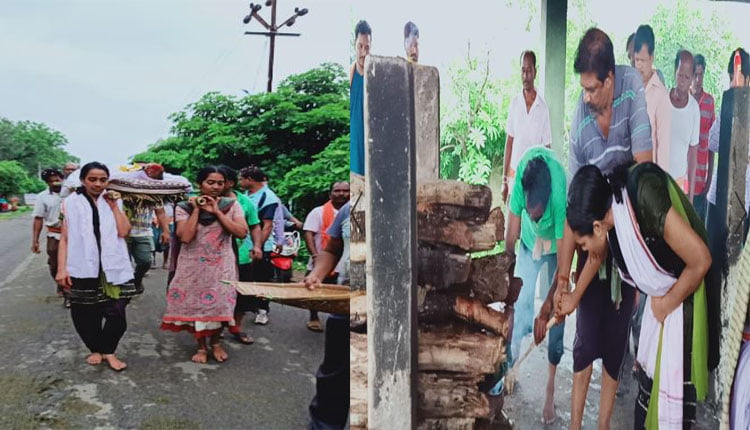 The deceased has been identified as Sukanta Kumar Pattnaik, who resided in Malkangiri Sadar.

Sources said Pattnaik was admitted to the Malkangiri district headquarters hospital with a cardiovascular ailment. He was later shifted to SLN Medical College and Hospital when his condition deteriorated. He, however, died on Thursday after a heart attack.

Tough his relatives and neighbours flocked to Pattnaik’s house to pay their last respects, no one came to perform his last rites.

As Sukanta did not have a son, his three daughters—Sasmita, Smita and Sangeeta—carried his body to the cremation ground and performed the last rites.

Being the first such incident in the district, it has now become a talking point across Malkangiri.