Days After Granting Extension, Centre Orders West Bengal CS To Report To Delhi By May 31 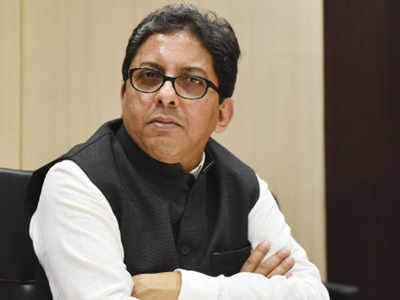 New Delhi: The Union government has recalled West Bengal Chief Secretary (CS) Alapan Bandopadhyay and asked him to report to the Department of Personnel & Training in Delhi’s North Block by May 31.

The tenure of Alapan, who was due to retire on May 31, was extended by three months recently on the state government’s request.

No reason for this sudden decision has been given, but according to political analysts, it is most probably linked to Chief Minister Mamata Banerjee’s decision not to attend Friday’s Cyclone Yaas review meeting chaired by Prime Minister Narendra Modi.

The CM, along with her CS Alapan and other officials, met the PM — who visited Odisha and West Bengal to assess the damage caused by Cyclone Yaas – and presented him a report, asking for central assistance of Rs 20,000 crore to restore and revive Digha and Sunderban which have been badly affected.

Mamata then asked to be excused, as she had to go to Digha for surveying the situation there, and left with Alapan.

Several BJP leaders were outraged by Mamata’s decision to skip Modi’s meeting and tweeted that it was an insult to the Prime Minister.

Twist In The Tale: Eknath Shinde Will Be New Maharashtra CM, Announces Devendra…