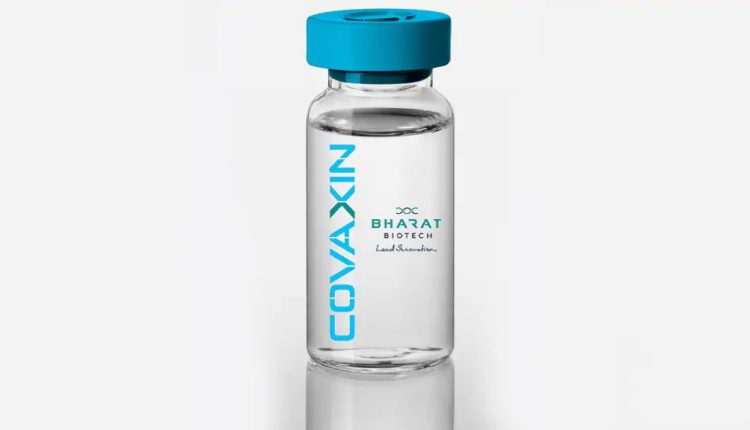 New Delhi: The All India Drug Action Network (AIDAN) has urged the Drugs Controller General of India (DCGI) to reconsider the recommendations of the SEC in granting the REU approval to Covaxin.

AIDAN has said it is shocked to learn about the recommendation to grant REU approval to Bharat Biotech’s Cvaxin in ‘clinical trial mode and ‘especially’ in the context of infection by mutant strains, India TV reported.

“In light of the intense concerns arising from the absence of efficacy data and hence the limited regulatory review of the vaccine candidate, the implications of the public rollout of an untested product, and lack of transparency we urge the DCGI to reconsider the recommendations of the SEC in granting the REU approval to COVAXIN,” it said.

Disturbingly, it appears that no efficacy data for the vaccine candidate were submitted from the Phase 3 trials that are ongoing and being conducted by Bharat Biotech and ICMR.

The only data for humans, available through publication pre-prints, are for safety and immunogenicity from Phase 1 and Phase 2 trials, across a total of 755 participants. In the interest of transparency, it will be in the fitness of things that the trial data on the basis of which decisions have been taken by the SEC are immediately made public. It is also not clear under which provisions of the extant law the SEC has recommended for grant of REU approval and in “clinical trial mode” at that, AIDAN was quoted as saying.

“It is not clear if there is any scientific basis to claim that COVAXIN will be effective in the “context of infection by mutant strains” when its efficacy has not been established and is currently unknown against any strain of the virus”, it said.

“The hypothesis being propagated that the whole virion inactivated vaccine is likely to be effective against mutations of the virus is not being supported by any efficacy from the trial because no data have as yet been generated in the Phase 3 trial. Yet this appears to have been used to justify the totally non-sequitur decision which has no basis in the science of rational vaccine development”, it said, the report added.

“We are baffled to understand what scientific logic has motivated the top experts in the SEC to approve this vaccine posthaste. Moreover, this is a violation of the criteria in the draft regulatory guidelines for the development of Covid-19 vaccines published by CDSCO on September 21, 2020. The decision to approve an incompletely studied vaccine, even under an accelerated process, raises more questions than answers and likely will not reinforce faith in our scientific decision-making bodies,” it was quoted as saying.

On the Covishield vaccine, AIDAN said it wants to know the efficacy estimates for the dosing regimen and dosing schedule that will be followed in India as concluded by the SEC, the specific data and analysis of the foreign trials of the AstraZeneca/Oxford vaccine that was the basis of the SEC’s decision, the extent of the data for safety and immunogenicity from the Phase 2/3 bridging study in India that was submitted and reviewed by the SEC, the “multiple regulatory conditionalities” proposed by the SEC.

Any REU granted by the DCGI on the recommendation of the SEC must be accompanied by the legal provisions under which the approval is granted, the specific approved use of the vaccine candidate and details of restrictions/conditions, it said

“In the interest of transparency and public welfare, we ask that the regulator share the detailed rationale for the decision along with disclosure of the data, evidence and information that was reviewed by the SEC and the data and analysis on the basis of which the REU approval is granted. This is particularly important given the lack of adequate information regarding the UK MHRA’s review of the AstraZeneca/Oxford vaccine and the fact that interim data for safety and immunogenicity from the Serum Institute/ICMR Phase 2/3 study have not been made publicly available”, it said.

“Bear in mind that the objective of a bridging study to assess the vaccine candidate in an Indian population would be undermined if the data generated from the trial is not reviewed in the process of regulatory approval”, it added in the report.

DCGI Approves Covaxin For Trials Children Above 12 Years, Covishield For Those Above 18