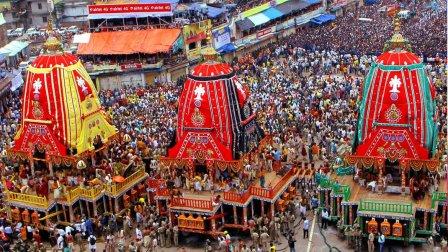 Bhubaneswar: Following the modified order of the Supreme Court allowing the conduct of Rath Yatra in Puri beginning Tuesday, the Centre has decided to telecast the event live.

In a tweet, Union Information and Broadcasting Minister Prakash Javadekar said that the festival will be telecast live by Doordarshan and other channels as per the suggestion of the BJP leader Baijayant Panda.

By the decision of the Honourable Supreme Court, tomorrow Lord Jagannath’s Rath Yatra will take place. This will be telecast live by DD and other channels. This was suggested by @PandaJay.@PIB_India @DDNewslive

In Pictures: Shutdown In Puri Ahead Of Rath Yatra Tomorrow