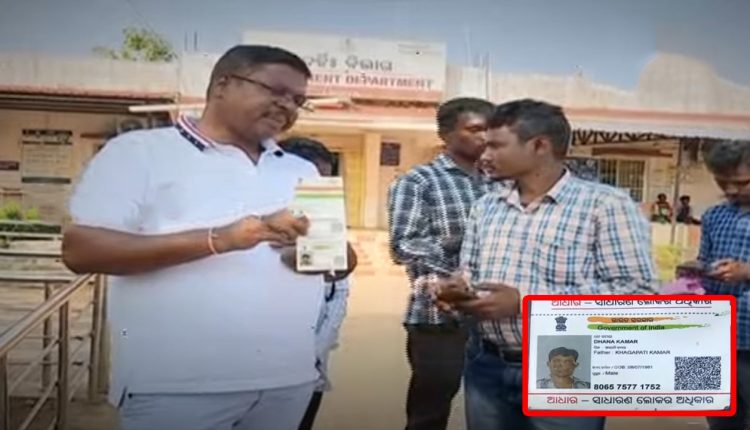 Koraput: Two days after police claimed to have killed two Maoists in a gun-battle in Odisha’s Koraput, villagers and relatives of the deceased staged a protest on Sunday alleging that innocent labourers were gunned in the name of anti-naxal operation.

Claiming that those killed by the security forces in Malipadar forest under Boipariguda block of Koraput were daily wagers and not Maoists, they said Ganja smugglers had engaged them and others for illegal transportation in the area.

One of the slain persons was identified as Dhana Kamar of Sargiguda village in Mathili block of Malkangiri district, they said. “He (Kamar) was innocent and had no link with Maoists.  Some people, including him, were engaged by smugglers for transportation of ganja,” said his relative.

The villagers alleged that 9 labourers were engaged in transporting ganja from Chitrakonda area to Kotpad when security forces opened fire, killing two of them. While the body of Kamar was found, another was still missing, they alleged, terming the police encounter as ‘fake.’

Demanding justice, several villagers including relatives of the slain persons staged a road blockade at Katameta chhak on NH-326. Seeking adequate compensation to the families of the deceased, the villagers threatened to launch an agitation.

Police had on Friday said that two Maoists were killed in an exchange of fire with security forces in Malipadar forest under in Boipariguda block of Koraput. Several arms and ammunition and other articles were also seized during combing operation in the forest, they had said.