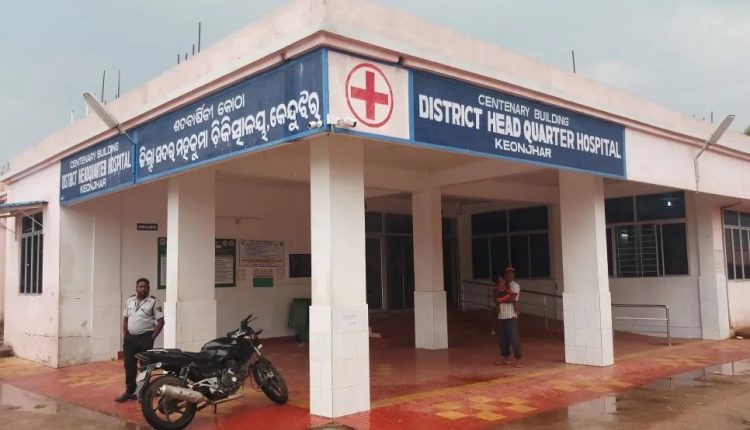 Keonjhar: The death of two persons allegedly due to transfusion of blood belonging to wrong groups in Odisha’s Keonjhar district headquarters hospital (DHH) within two weeks has spread panic among the local people.

According to sources, one Dama Munda of Kandarapasi village under Keonjhar Sadar block was admitted to the DHH for treatment of tuberculosis on April 30. During the treatment, the doctors diagnosed him of bloodlessness and prescribed for transfusion of blood. Accordingly, the nurses of the hospital administered blood to Dama but he succumbed on May 11.

Following his death, Dama’s son Ajit Munda said his father’s blood group was A positive. But the nurses applied blood group of B positive which was pointed out by Ajit’s brother-in-law. Then the blood transfusion was stopped, Ajit said.

In similar case with the other patient, Muni Sahu of Raisuan Sahi under Keonjhar Sadar block was admitted in the DHH on May 13. She was also administered blood transfusion following which her condition started deteriorating. Her family shifted her to SCB Medical College and Hospital at Cuttack where she succumbed during treatment.

One of her relatives, Babaji Sahu alleged that Suni’s blood group was AB positive but she was administered B positive blood in Keonkhar DHH. The matter came to light during her treatment in SCB Hospital. The doctors treating her in SCB Hospital also told the family that she might have died due to transfusion of wrong blood group, Babaji said.

Both the incidents came to light after the families of the deceased filed complaints with the district health officer and ADM on Tuesday.

Acting on the complaints, Chief District Medical Officer (CDMO), Keonjhar DHH, Dr Sujata Rani Mishra has transferred 2 technicians and an attendant working in the Blood Bank in the DHH.

The CDMO said she came to know about the incidents after the death of second patient and ordered an investigation. “Three employees of the Blood Bank have already been transferred on the basis of preliminary investigation and stringent action would be taken against whoever would be found responsible for it,” she added.