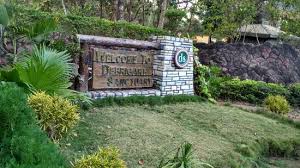 Share
Reading Time: 2 minutes
Bhubaneswar: The Forest Department has submitted a detailed report to the Crime Branch in the wake of the death of a tiger whose decomposed carcass was recovered inside the forest in Debrigarh Wildlife Sanctuary in Odisha’s Bargarh district on October 29.

Giving this information to the media on Saturday, Additional Director General (ADG) Crime Branch, Santosh Upadhyay, said he received the report from the Forest Department yesterday. The Crime Branch will do a thorough investigation on the basis of the report. Stating that the Forest Department has detained some persons in connection with the incident, he said since the sanctuary is on the border of Jharkhand, there is a possibility that poachers from the neighbouring state may have committed the act.

“We will also include this aspect under the purview of our investigation, which will be dispassionate and impartial,” he added.

Apart from the Crime Branch, the National Tiger Conservation Authority (NTCA) will also probe the death of the feline, whose headless carcass was recovered from a pit inside the sanctuary. The NTCA chairperson Anup Nayak, informed that a two-member team will visit the sanctuary soon to investigate the matter. The team will submit its report within 10 days.

The NTCA had earlier sought a detailed report from the state Forest and Environment Department on the circumstances leading to the death of the big cat and the action it had taken so far.

Though the carcass was initially suspected to be that of a tiger, the state Forest and Environment Minister Bijayshree Routray had later confirmed that it belonged to a leopard, which was buried after its death.

Four days after the recovery of the carcass, the Bargarh DFO on November 1, had suspended Kamagan forester, Parsuram Behera and Hajurigarh forest guard, Pravasini Mahananda for dereliction of duty.

Winter Session Of Odisha Assembly To Begin From Nov 16