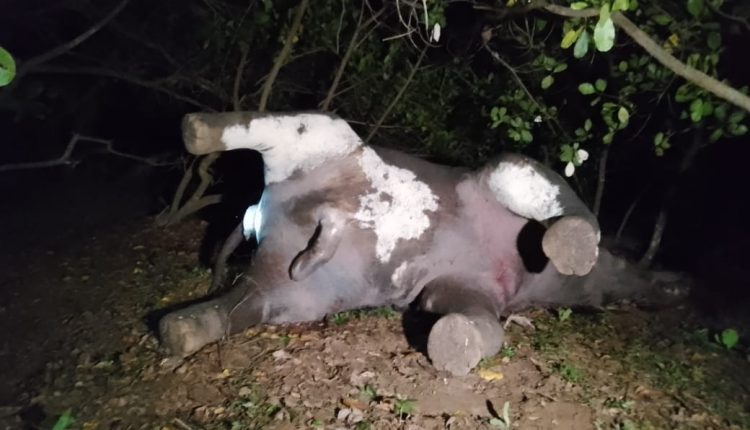 Berhampur: Decomposed carcass of an elephant with one tusk missing has been recovered from a forest in Odisha’s Ganjam district.

The locals spotted the tusker’s carcass in a cashew forest near Kandhanuapalli village under Jagannathprasad forest range on Wednesday evening. On being informed, forest beat guard of Bidipur Dhanurdhar Behera and forest officer of Jagnnathprasad Umakant Dash went to the spot.

Later, assistant conservator of forest (ACF) Bikram Dev and other forest officials also went to the forest and were keeping guard of the carcass.

From preliminary examination, the forest officials suspected that the 40-year-old elephant died of electrocution. A snapped electricity wire was lying near the tusker’s body. There was also a gun-shot wound on its back side.

As the right tusk of the elephant is missing, the poachers might have killed it to collect the tusk, the forest officials suspected. However, the cause of death would be ascertained after getting the post-mortem report, they added.

According to sources, a herd of elephants comprising a female, a tusker and a baby had entered North Ghumusara  forest range from South Ghumusara range on July 17. The dead tusker might be belonging to the herd.

It may be noted that the carcass of an elephant was found in Mujagad range on July 6. Its both tusks were missing. Later, the Forest officials had arrested three persons in this connection and recovered the tusks.