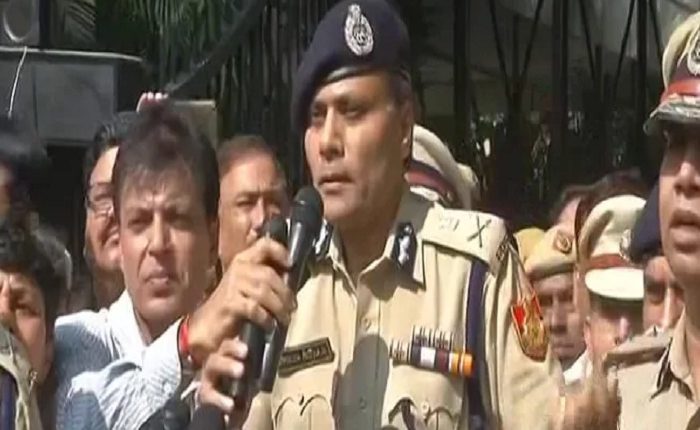 New Delhi: The first Odia Police Commissioner of Delhi, Amulya Patnaik, was on Tuesday heckled and booed by personnel of his own force, who had gathered outside Delhi Police headquarters at ITO here this afternoon in an unprecedented protest after violent clashes between cops and lawyers at Tis Hazari court complex on Saturday.

At least 20 security personnel and several advocates were injured in the clashes.

Addressing the protesting cops, Patnaik said they should behave like a “disciplined force”. He also assured them that their concerns would be addressed.

“In last few days, there have been certain incidents in the Capital which we handled very well,” he added, according to ANI. “The situation is improving after that.”

The protesting cops, however, jeered the police commissioner as he tried to defuse the situation and persuade them to return to their posts.

Patnaik, who hails from Odisha is a 1985-batch AGMUT cadre IPS officer. He has been serving as Delhi police chief  since 30 January, 2017.