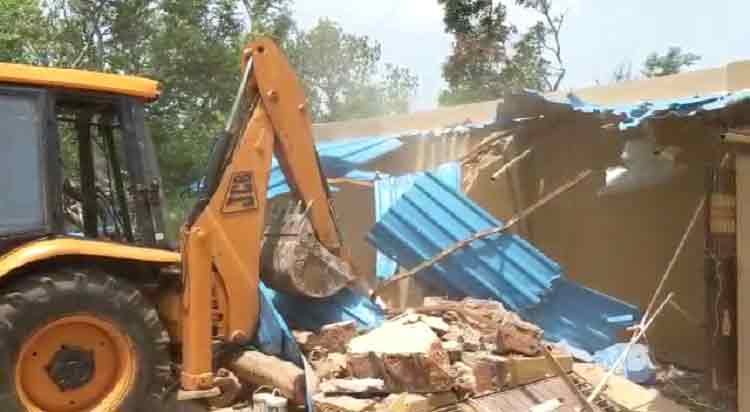 Khurda: The Khurda district administration began demolishing a mansion-like house of Shubranshu Parida alias Chotta, a drug peddler and a mining mafia, at his village of Gurujanga on Monday.

Chhota’s house, estimated around Rs 2 crore, has 20 rooms and a swimming pool.

Two JCB machines were engaged for the demolition in the presence of a local magistrate and four platoons of police.

According to reports, a Special Task Force (STF) team of the Crime Branch has been hunting for Chhota as several cases of smuggling of brown sugar and laterite stones are pending against him in several police stations in Khurda, Jajpur and Puri districts.

Notably, Chhota, who was wanted by the STF, had surrendered in the district and sessions court in Khurda on June 9.

Chhota had created his own gang of criminals by giving them a monthly remuneration, arms and bikes.