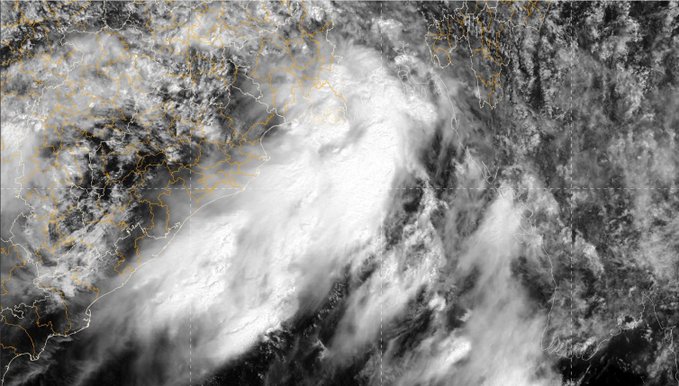 Bhubaneswar: The depression over south Chhattisgarh is likely to weaken in the next 12 hours, the India Meteorological Department (IMD) informed on Monday.

“The depression over south Chhattisgarh moved nearly north-northwestwards with a speed of 18 kmph during past 6 hours and lay centered at 5.30 am over south Chhattisgarh and adjoining southeast Madhya Pradesh and Vidarbha, about 95 km south-southeast of Gondia (Vidarbha) and 185 km southeast of Seoni (Madhya Pradesh). It is likely to move nearly north-westwards and weaken gradually during the next 12 hours,” the IMD said in its morning bulletin.

Senior Meteorologist Uma Shankar Das said that squally weather conditions will continue to prevail in the coastal areas. “The wind speed blowing from the south-east and south direction was recorded at 15 to 16km in Bhubaneswar, 35-36 km in Puri and 16-17 km in Paradip this morning,” he said.

Therefore, sea conditions will remain rough and fishermen have been advised against venturing into the seas till September 13, he said.

“Though there will be a decrease in the intensity of rain, Balasore, Bhadrak, Keonjhar, Mayurbhanj, Jajpur and some places in interior Odisha will continue to experience heavy rain,” Das said.

He further said that Jajpur received a maximum 90 mm rainfall in the last 24 hours. The twin cities of Bhubaneswar and Cuttack received 42.8 mm and 34.4 mm respectively till 8.30 am.

Anti-National? Me? Singer Jubin Nautiyal Responds To Call For His Arrest