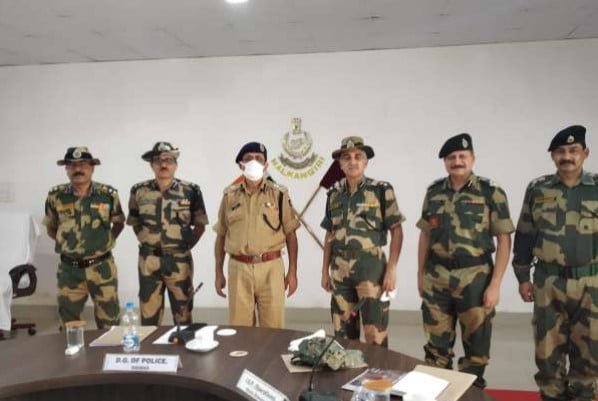 Accompanied by senior officers of state police, Abhay interacted with officers of the district police and Central Armed Police Forces (CAPF) to take stock of the security response as well as developmental activities in the district.

He interacted with police personnel on COVID-19 duty and other field officers and appreciated their efforts. He issued appreciation certificates to ‘Corona Warriors’, who joined the duty after recovering from the disease.

The DGP also reviewed the anti-drug operation and other issues in Koraput. “About 40,000 kg of ganja and Rs 60 lakh in cash were seized by the district police from the smugglers in the last one year. Besides, Rs 83 lakh cash in bank accounts of the smugglers were frozen,” he said.

“Such massive success was not achieved in Koraput in the last 10 years. I appreciate the SP and his team for the crackdown on ganja trade. It has weakened the smuggling of narcotics,” Abhay said.