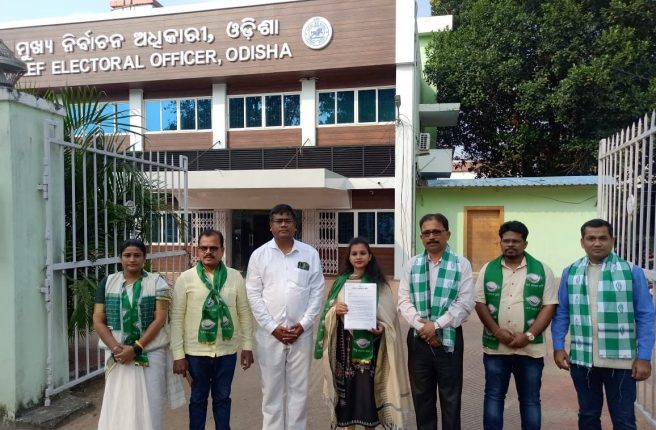 This came a day after the regional party urged the Election Commission of India (ECI) to restrain BJP leaders from tarnishing their image and defaming them by making baseless statements.

The BJD alleged that BJP is trying to ‘mask’ its fear of losing the upcoming election under the garb of multiple visits to the CEO and Election Commission.  “The Odisha BJP has been circulating fake videos purportedly about these SHG women members that they have a political role in Dhamnagar bypoll, especially with a masked lady stating so in a video. This blatant maligning of the Women SHG members has pained 4.5 crore Odias,” the BJD release said.

The party also mentioned the alleged verbal assault on Minister and BJD senior leader Pramila Mallik, who was obstructed and detained while campaigning at Dhamnagar. It also provided evidence of the incident in a pen drive to the CEO.

“We demand strong and stringent action against the Odisha BJP leaders and workers who have conducted such heinous behaviour and also that appropriate police protection should be provided to the Nari Shakti of BJD who are being threatened,
harassed, and abused during the campaigning (sic),” it added.

BJP and BJD leaders have been rushing to the poll officials ever since the election date was announced on October 3.

On October 26, BJD petitioned the CEO, alleging that BJP was trying to insult and defame members of women Self Help Groups. A BJP delegation led by Union Education Minister Dharmendra Pradhan moved the Election Commission of India (ECI) accusing the ruling BJD of distributing money to voters and violating poll code ahead of Dhamnagar by-election, the same day. Dharmendra had also lodged a complaint against CEO S K Lohani, accusing him of being biased towards the BJD.

Notably, the election commission offices in Delhi, Bhubaneswar and Bhadrak have been flooded with complaints related to violation of model code of conduct, showing the stakes involved for both the BJD and the BJP in the November 3 Dhamnagar byelection. The CEO on Thursday also warned violators of stringent action.

So far, two complaints relating to bribing of voters, 100 about misuse of vehicles and illegal use of loudspeakers, 1614 cases of defacement of public property and 2006 complaints of unauthorised placement of banners and posters on public and private property have been received, he had informed.