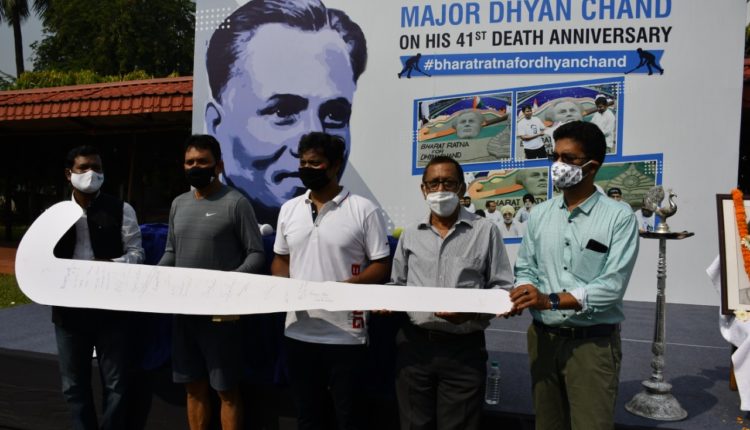 Bhubaneswar: There was a renewed demand for Bharat Ratna for Major Dhyan Chand on Thursday, when his 41st death anniversary was observed at Bhubaneswar Club ground.

The hockey wizard won three Olympic gold medals for India, having played 128 international matches and scored 570 goals in all.

“This event is the reiteration of the appeal made since 2015. Dhyan Chand’s talent, achievements, commitment towards India played an instrumental role in promoting hockey around the globe. The appeal to felicitate with Bharat Ratna is not just from the field of sports but also from diverse fields, including the State Legislative Assembly,” said former India captain and Padmashree awardee Dilip Tirkey.

“The call for felicitation with Bharat Ratna is not a demand, rather it is a hearty appeal of every Indian. We truly hope that Indian Government accepts this appeal and our next generation could remember this legendary sports person as Bharat Ratna Major Dhyan Chand,” Pattnaik said.

Delighted to be a part of this initiative, they all put their names on a massive hockey stick as part of a signature campaign.