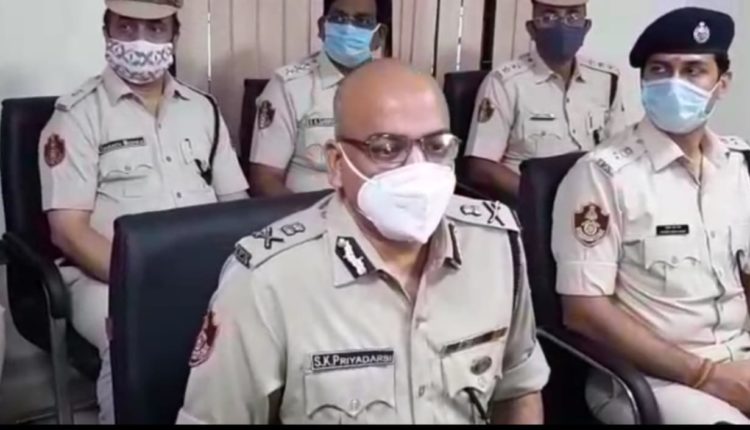 Bhubaneswar-Cuttack Commissioner of Police (CP) Saumendra Priyadarshi became visibly upset when asked this question by a journalist on Friday.

The incident occurred at a press meet by the CP on the Odisha Police operation to capture the fugitive.

Priyadarshi avoided answering the question directly. Instead, he said police will seek Hyder’s remand for interrogation to get information about those involved in his escape.

Notably, several conspiracy theories have been doing the rounds since the gangster slipped out of SCB Medical College and Hospital in Cuttack on April 10.

For instance, a day before Hyder’s capture on Thursday, former Director-General of Police (DGP) Prakash Mishra alleged that the gangster’s escape could not have been possible without the collusion of police, jail and hospital officials.

Also, the BJD and opposition BJP engaged in a duel over the escape. While the BJP alleged it was a “conspiracy”, the ruling party pooh-poohed it as an “unprofessional” accusation.

On Tuesday, senior BJP leader Bijoy Mohapatra claimed that some senior bureaucrats were involved in the escape of the dreaded gangster from SCB. Mohapatra further alleged that Hyder’s escape was pre-planned and carefully stage-managed, and now efforts are being made to hide the fact.

Get Permission For Marriage & Funerals Over Phone In Odisha’s Cuttack;…