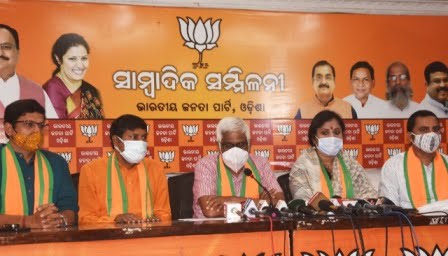 Bhubaneswar: Former Director General of Police (DGP) Prakash Mishra on Wednesday alleged that there was a big conspiracy behind the escape of dreaded gangster Sheikh Hyder from SCB Medical College and Hospital in Cuttack.

He said this could not have been possible without the active collusion of police, jail and hospital officials.

Talking to mediapersons, he said there was a need for a thorough investigation to ascertain as to why and who referred him to the SCB thrice.

He also sought an explanation on whether Hyder was actually undergoing treatment in Cuttack.

On Tuesday, Emergency Medical Officer of SCB Dr Bhubananda Moharana told the media that Hyder had applied for a room and was allotted one since there was a vacant cabin.

“Hyder had multiple diseases and his bi-lateral hydrocele operation would have been conducted after his blood sugar level was brought under control,” he added.

The former DGP and senior BJP leader also raised doubts over SCB authorities’ statement that Hyder had a kidney ailment. “If that is true, then how come they allowed him to have biryani?” he asked.

Replying to a query on local police being blissfully unaware of Hyder’s escape even three hours after the incident, Mishra said the gangster’s escape could have been planned in a manner so as to allow him enough time to cross the check gate at Manguli, on the outskirts of Cuttack, before the emergy lookout order was issued

Stating that such a crafty escape plan could not have been possible without the collusion of police, prisons and medical departments, he said that some influential power was behind this conspiracy.

“It is most surprising that the Chief Minister, who is in charge of the Home Department is yet to issue a statement on this matter. On the other hand, the state police have shamefully remained silent after suspending six constables. It is a matter of grave concern that such incident has taken place right under their nose,” Mishra noted.

‘Ramayan’ Back On Television, Know When You Can Watch It