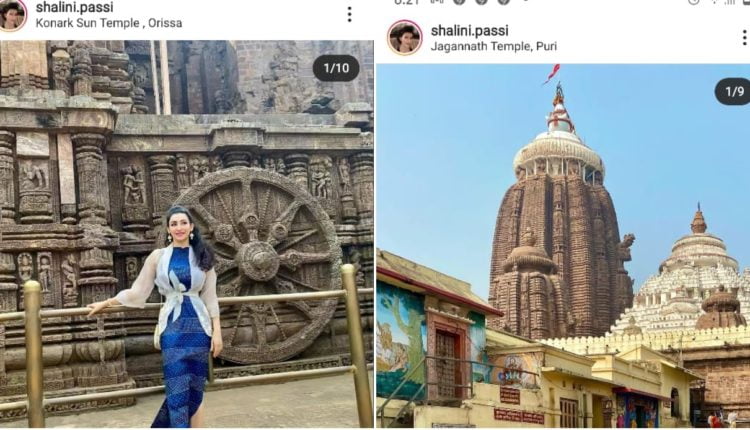 Puri: Delhi-based art collector, artist, and philanthropist Shalini Passi has landed in a soup for allegedly endangering the security of Jagannath Temple in Puri by uploading pictures of the 12th-century shrine on her Instagram account.

Shree Jagannath Temple Administration (SJTA) has filed a complaint at Singhadwar police station in Puri, seeking against her for violating temple rules.

She has been accused of illegally taking a number of photographs inside the premises of the temple.

“This act is an offence under section 30-A(4)(c) of Shree Jagannath Temple Act, 1955. Besides that by publishing the photographs in social media, the culprit has endangered the security of the temple and such activities has hurt the sentiment of millions of devotees,” the FIR stated.

There is a strict ban on carrying mobile phones and camera into the shrine.

Passi had uploaded several pictures of the temple and its premises and given a detailed description of the structure and its historical and religious significance on her verified Instagram account on February 2.

There are many more pictures, which seem to be part of her travel tales to Puri and Konark. These have been posted between January 30 and February 2. 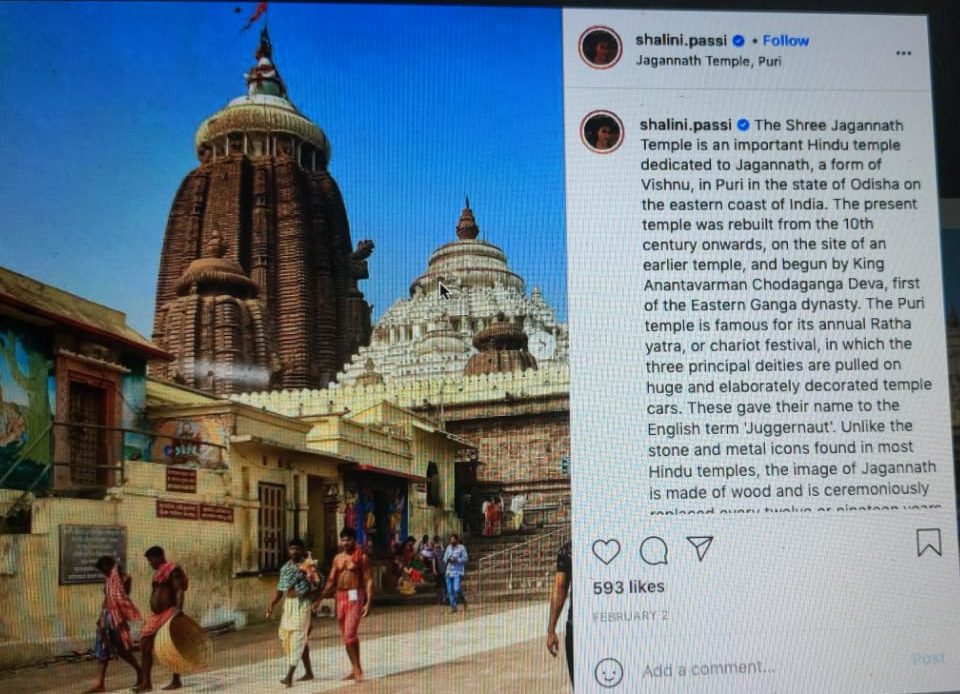 Some of the pictures believed to have been taken in front of ‘Sampati Mandira’ near Dakhina Dwara Gumuta were first spotted on the page of an anonymous user, ‘Indian Temple’, causing a stir.

Similar instances have been reported in past, raising questions about the security arrangements at the shrine.

In January last year, a photo of ‘Bhitara (inner) Bedha’ of the Jagannath temple, showing servitors climbing up the shrine for the flag changing ritual had gone viral.

A UP-based woman, Nidhi Shukla, had reportedly posted the picture on Facebook.

A video of Jagannath temple, which was made through a drone camera, had also gone viral on social media.