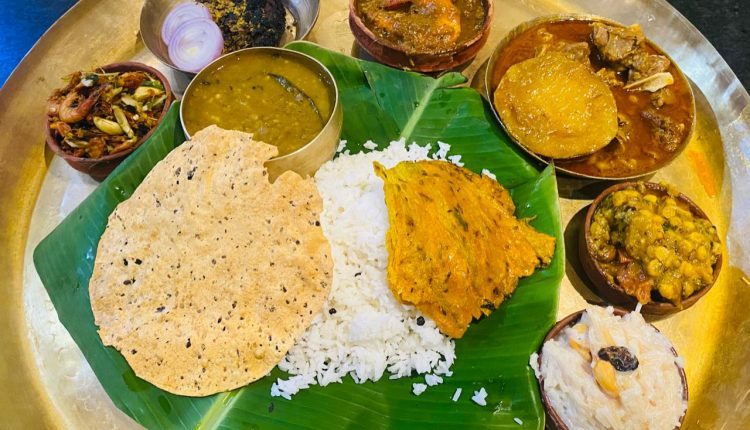 Bhubaneswar: After a month of pious diet, it’s time to go pompous on the plate. Because it’s Chhadakhai!

Most people in Odisha don’t consume non-vegetarian food items during the month of Kartik. A day after Kartik Purnima, they indulge in non-vegetarian delicacies to their heart’s content. And, the day is celebrated as Chhadakhai.

This time, three restaurants—Dalma, Michael’s Kitchen and Odisha Hotel— in Odisha’s capital city Bhubaneswar have come together to host a Chhadakhai special festival.

“The idea is to promote Odia cuisine through this event. Despite being competitors, we have come together for this special cause. All the three restaurants will offer the same menu at the same pricing,” says Dalma restaurant owner Debasish Patnaik.

The main attraction of the big feast will be the signature Odia ‘mutton aloo jhola.’

Unlike the rest of India, Odia ‘mutton jhola’ is unique for the addition of plump big skinned potatoes floating in thin and lesser-spiced red gravy of tender meat pieces.

But, Chef Michael says there’s a catch to it!

“It has to be cooked in mustard oil to get the authentic flavour correct. Moreover, the proportion of potatoes and mutton should be finely-balanced. If you add too many potato pieces, the gravy’s texture and the taste get spoiled,” he adds.

Not just that, the perfect ‘mutton aloo jhola’ has got a lot to do with the quality of raw meat. No wonder, why the food enthusiasts don’t hesitate to shop for mutton by themselves in Odisha, rather than asking the domestic help to run an errand for them.

“The best quality of meat is obtained from goats weighing less than 8 kg. The meat is tender and if cooked properly can also melt in the mouth,” says the Chef.

“Mancha munda chencheda is a sumptuous mix of all vegetables and fish head. The best chencheda is one in which each ingredient can be identified separately, rather than getting mashed into a paste,” adds Patnaik.

The ‘chingudi chencha’ is a tangy mix of grounded shrimps, garlic, ginger, green chilies and mustard oil (for a bit of pungency).

Pollution In Delhi: It’s That Time Of The Year Again