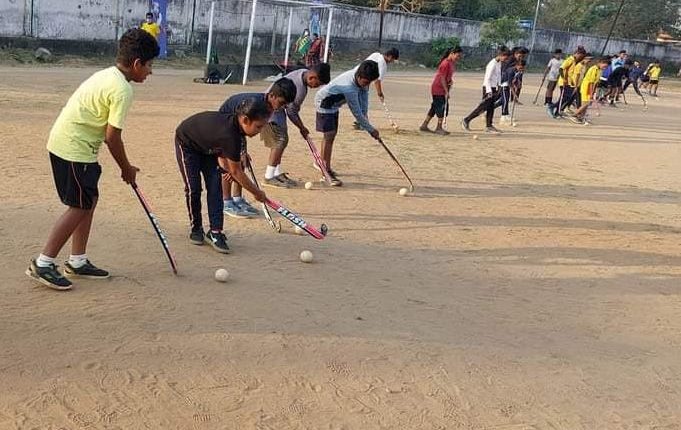 Not long back, Chhatrapur in Ganjam district was the cradle of hockey which produced some players who represented Odisha as well as India in national and international tournaments. But, over the years, Chhatrapur lost its prominence due to lack of patronage and support. Now the aspiring players are struggling to find a suitable field to play in the small town.

Simadri Behera from Chhatrapur had represented Odisha as hockey captain in 1975. Besides, Shatrughna Nayak had played for national junior team in 1981 and found place in national senior team in 1982.

According to Shatrughna, Chhatrapur has huge potential to be developed as a hockey centre in the state. “We have talented players as well as trained coaches. But lack of infrastructure is posing problems for them to shine in state and national level matches,” he said.

National Hockey Academy trained player Diptish Patnaik said astroturf is being laid at hockey stadium in Chhatrapur at a cost of Rs 10 crore. “Once the stadium is developed, the infrastructure will get a boost and the players will be encouraged. Being at the helm of Hockey India, Dilip Tirkey can help in promotion of the sports,” he said.

Another player, Aftab Hussain, who trained along with Dilip in Panposh, said he would seek the former national captain’s help in restoring the place of Chhatrapur in national hockey map. “I had wished Dilip on his election. He was very happy to talk with me. I hope he would contribute to promotion of hockey in Chhatrapur,” he added.

The members of Ganjam District Hockey Association had met Dilip on the sideline of inter-district hockey tournament being played at Bhubaneswar and taken up the matter with him.