Draupadi Murmu Replaced By Bais As Jharkhand Guv; Know About This Leader From Odisha 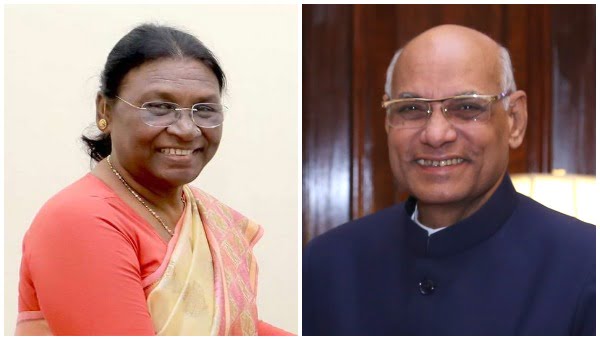 New Delhi/Bhubaneswar: Ramesh Bais will replace Draupadi Murmu as the Governor of Jharkhand.

Murmu had made history with her appointment as the ninth and the first woman Governor of the state at the age of 59 in 2015.

She belongs to a Santhal tribal family of Uparbeda village in Odisha’s Mayurbhanj district.

A teacher by profession, she began her political career with BJP in 1997 as a councillor in Rairangpur district. She won the election to the state assembly from the same constituency in 2000 and 2004.

From 2000 to 2004, Murmu held ministerial portfolios during the Naveen Patnaik-led coalition government. He was Minister of State with independent charge for Commerce and Transport from March 6, 2000, to August 6, 2002, and Fisheries and Animal Resources Development from August 6, 2002, to May 16, 2004.

She also served as the national executive member of the Scheduled Tribes wing of the party.

In 2007, she was awarded the Pandit Nilakantha Award by the Odisha Legislative Assembly, for exemplary services to the society as an MLA.

Murmu was also the BJP district president of Mayurbhanj from 2002 to 2009 and again in 2013, a post that she continued to hold till she took over as the Governor of Jharkhand.

Also Read: Odisha Leaders Who Donned the Mantle Of Governor

Besides Murmu, Odisha has had eight other political stalwarts who were appointed to the coveted post.