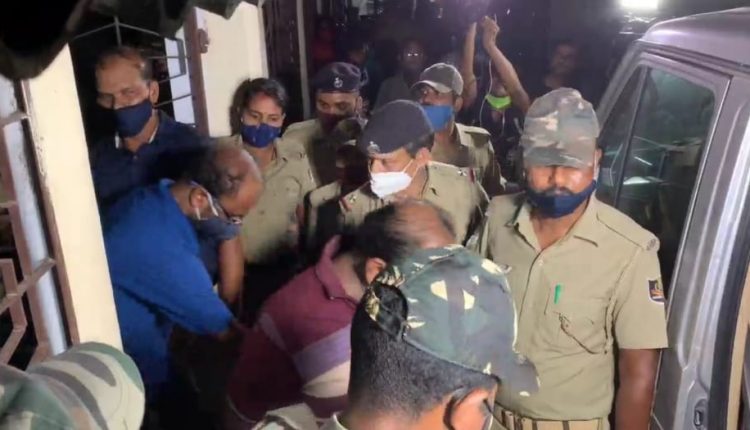 Balasore: The ‘mysterious’ woman agent, who had allegedly honey-trapped the five accused in the DRDO espionage case, had proposed to marry one of them.

Revealing this to media persons, here on Friday, Crime Branch SP Prashant Kumar Bisoyi said one of the accused in the case, Basant Behera had received money in his bank account from a foreign account in two instalments. In one instalment, Rs 24,000 was deposited and in the second, Rs 14,000, he added.

Bisoyi said Basant was in contact with the mysterious woman through social media. Basant’s chat with the woman on Facebook and Whatsapp has been cracked. During one such chat, the woman, who is suspected to be belonging to Dubai, had proposed to marry Basant, the SP said.

Another accused, Sachin Kumar alias Chheta, who was the driver of ITR director, had relation with three women.

Bisoyi further said it has been confirmed from the preliminary investigation that all the five accused were involved in leaking secret information about the missile test at ITR. They were providing information about dates of missile tests from ITR and whether those were successful or not to the foreign agent.

The laptops and mobile phones seized from all the accused have been sent to the laboratory to retrieve information. If any more facts come to light, the Crime Branch will again take them into remand, Bisoyi said.

It may be noted that police had arrested four accused in the case, Basanta Behera, Hemanta Kumar Mistry, Tapas Ranjan Nayak, and Sheikh Musaphir, from Jhampurahat and Nuanai under Chandipur police station limits on September 14. Later, driver Chheta was arrested.