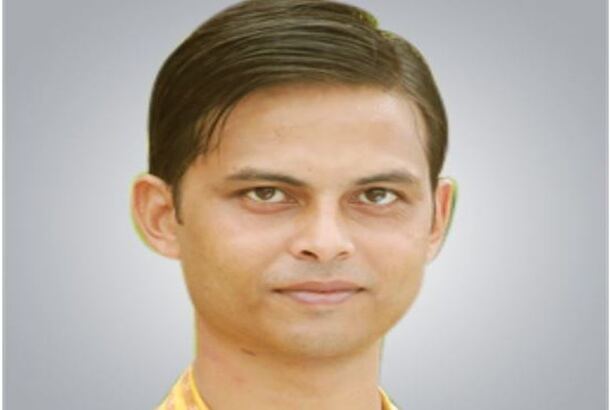 In 2011, the United Nations had named journalism as the most dangerous profession in the world. The International Federation of Journalists’ 2020 report on media staff killed in work-related incidents shows that this is a rising trend around the world. They die in military crossfire. They die at the hand of criminals and corrupt governments. They die while doing dangerous reporting assignments.

Arindam Das, a promising young journalist, died in a tragic accident while in the line of duty. One of the finest reporters of Odisha, he was known for his drive, tenacity and dynamism, and was immensely popular for the compassionate reporting that he indulged in. The news about his death has been received with shock by his viewers, journalist fraternity, political class and every other person who knew him.

For me, this schoolboyish young reporter, personable and brimming with positive energy, was different from many others in his profession. His journalistic vigour, polite conduct, pleasant demeanour, ever smiling and fresh, the thoughtful and sensitive stories that he did – put him in a class apart.

He was the epitome of a modern mediaperson, who could report accurately, narrate gracefully, shooting images under difficult conditions. I have followed his LWE stories, election coverage, disaster reporting and many humane and sensitive stories that he did. He always found interesting angles to the stories he covered. All his work was fresh, thoughtful and sensitive.

I have known him since his cub-reporter days. I had attended his marriage, which was held at Arya Samaj in Bhubaneswar. There was hardly a month when he would not drop in for a sound bite. He would ring me up at random, clearing some doubt or the other of a story he was pursuing.

I would make it a point to give him a copy of each of my book; he had covered the release of many of them. In fact I had once told him that he should write a book, his adventures in the LWE territory, his coverage of Italian hostage Sabyasachi Panda, cyclone coverage – all these would have made subjects of an interesting book. He had modestly shrugged off the suggestion, telling me that maybe he would do it when he gets old and accumulated many more stories.

I distinctly remember that I had scolded him for the dangerous reporting he had done during Cyclone Fani, when perched on a hotel rooftop at Puri, with glass shards and debris flying all around, he had given a running commentary on the cyclone’s landfall. He told me that he was nearly blown away and had a near-death experience. Today, I feel that he had a death-wish approach in his work.

He was always in a tearing hurry whenever he visited me, he had deadlines to meet. I had always asked him to come when he was relaxed and had time. The few times we had talked over a cup of tea at my home or at the Jayadev Bhavan joint, I had found out that he had wanted to join the armed services and serve the nation. I had told him that the work he was doing was no less than what happens in the military.

I had suggested that he apply for the United Nations Volunteer Programme. He was enthused and asked me to give him the details. A week later, he reminded me to send him the details; I had forwarded the links to him.

Arindam will be fondly remembered as a happy, quirky, caring person by his fellow workers. He shared a warm relationship with fellow-journalists as well as the people he interviewed. He managed to squeeze a lot into his 39 years.

Determined and driven, he pursued his career in print to electronic journalism with a vengeance. He also had a generous spirit that touched many hearts. He was committed to helping as many people as he could, especially young journalists, along the way.

Arindam has left behind an indelible record in his relatively short career. He will always be remembered as a rising star in journalism. His leaves an indelible imprint on the profession, on his colleagues and the communities he covered.