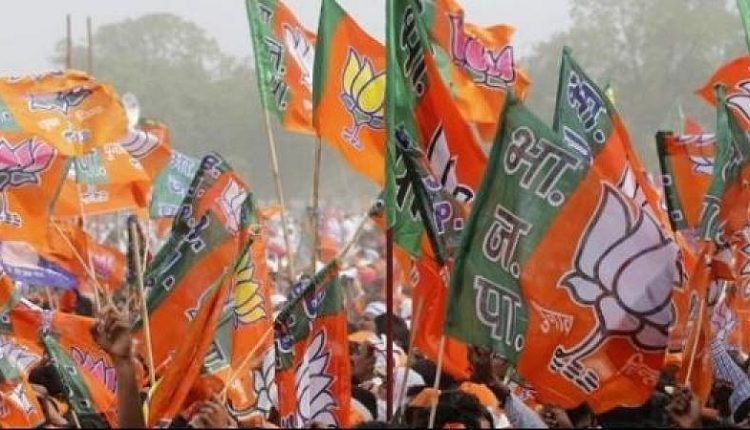 Puri: BJP workers gheraoed the police station in the city where three of party activists were detained for hurling eggs at the carcade of chief minister Naveen Patnaik earlier.

According to sources, the police had taken three BJP workers including Puri district BJP Yuva Morcha president Jayant Das and two others into preventive custody from Hospital Chhak, hundreds of party workers went to Kumbharpara police station and gheraoed it.

Alleging that the party workers sustained injuries in the attack by police during detention, the BJP leaders threatened not to withdraw agitation till the three detained activists are released.

They raised slogans against ‘illegal’ detention of the BJP activists and demanded their release immediately. However, the situation was under control and no untoward incident was reported during the gherao, the sources said.

Earlier, the three detained BJP activists showed black flag and hurled eggs at the carcade of the chief minister at the Hospital Chhak while he was returning to Bhubaneswar after attending the foundation stone laying ceremony for Jagannath Temple Parikrama Project.

It may be noted that the main opposition party in Odisha has been staging protests at the meetings of the chief minister and his Cabinet members demanding ouster of Minister of State for Home Dibya Shankar Mishra for his alleged link with the prime accused in school teacher of Sunshine English Medium School at Mahaling in Kalahandi district Mamita Meher.

Meanwhile, OPCC president Niranjan Patnaik has condemned the attack on the chief minister’s carcade. Though it shows people’s outrage against the state government’s actions, such protests won’t solve the problems, he said.

However, he said the investigation into Mamita Meher murder case should be impartial and the minister concerned should stay away from the probe.