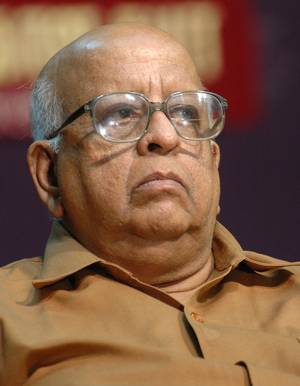 Former Chief Election Commissioner (CEC) of India T N Seshan died at his residence in Chennai on Sunday. He was 87.

He was the 10th Chief Election Commissioner (CEC). He will always be remembered for the electoral reforms he brought about in India during his tenure as the CEC from December 12, 1990, to December 11, 1996.

He ensured that the Model Code of Conduct was strictly adhered to.

He appointed special election observers in all states. They kept a watch on the election process and were asked to check incendiary campaign speeches, voter intimidation, vote-stealing and other related election violence.

He also clamped down on election spendings, prohibited bribing, intimidation and liquor distribution.

In 1994, he asked the then Prime Minister to remove two of his Cabinet ministers – Welfare Minister Sitaram Kesari and Food Minister Kalpnath Rai, – since they involved in influencing voters and violating the Model Code of Conduct.

Seshan took on the Supreme Court and the politicians and survived more than one attempt to impeach him, even as he asserted authority and independence of the Election Commission.

He was awarded the Ramon Magsaysay award in 1996.

A year after his retirement in 1997, he contested the Presidential election but lost to K R Narayanan.

SC Refers To 3 Past Odisha Cases In Its Ayodhya Ruling

Man Held For Rape Attempt On College Girl In Bhubaneswar