Elephant Killed After Being Hit By Puri-Surat Express; Train Derails Near Sambalpur In Odisha 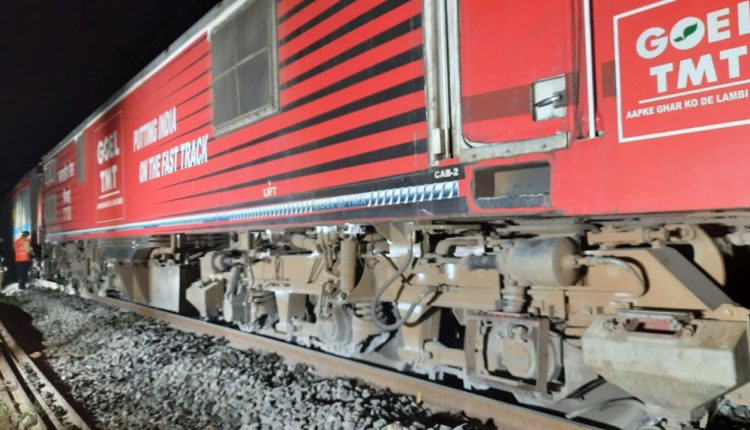 Bhubaneswar: Puri-Surat Express Train (02827) derailed after hitting an elephant between Hatibari and Maneswar railway stations of Sambalpur division of the East Coast Railway (ECoR) at 2.04 am on Sunday.

The accident caused all wheels of the front trolley of the engine to get derailed. “Nobody is injured in the incident and all passengers are safe. One elephant is killed in the incident,” a railway officer was quoted as saying by The Times of India.

The train for Surat had departed from Puri at 7.45 pm on Sunday. The train left Hatibari at 1.55 am with 50kmph speed as elephant caution was already imposed. The elephant was entangled with the engine, ECoR statement said.

Divisional railway manager (DRM) of Sambalpur, Pradip Kumar, with all senior officers and relief train reached the spot. The new engine reached the spot and already all coaches of the train pulled back to Hatibari station.

“Only six wheels are derailed. The engine with the driver and the assistant loco pilot are safe. Forest department officers led by DFO Sanjit Kumar reached the spot and started inquiry with DRM Sambalpur and other senior railway officers,” said the ECoR.

Government Asks Farmers To Choose Date For Next Round Of Talks