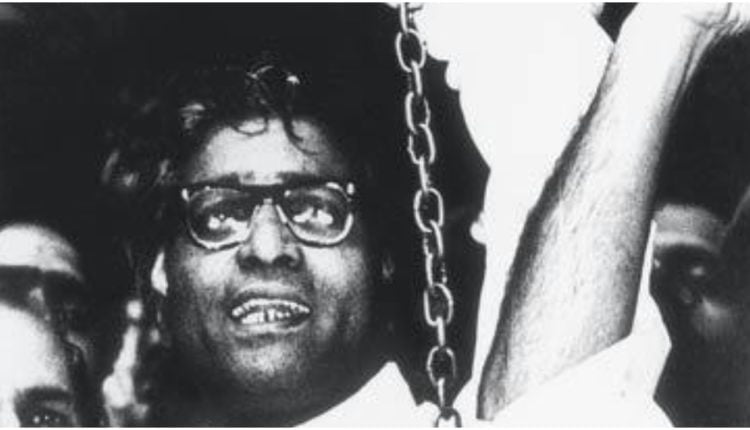 Bhubaneswar: There many interesting stories about this firebrand socialist leader George Fernandes, who was defence minister of India during the Kargil War in 1999. However, he would be most remembered for his role in opposing the Emergency in 1975.

Let’s take a trip down memory lane on his birth anniversary (June 3) and know how things unfolded for him while he was in Odisha at that time.

This story began here in Odisha and the flashback takes us to Gopalpur, where Fernandes, then 45, was holidaying with his wife Leila Kabir and son. His father-in-law, Humayun Kabir who was a minister in Jawaharlal Nehru’s cabinet, had a house in the remote fishing village. It was here that he first heard the news of the Emergency on the radio.

On the night of June 25-26, 1975, as leading politicians were being arrested, a telephone operator, who overheard some telephone conversations about the arrests, tipped him off about it.

Then began the tale of his great escape. Fernandes was about to address a public meeting there. While his name was announced and people eagerly waited for him to take the stage, he stealthily escaped from there in a car disguised as a local fisherman in a lungi and gamcha with noted socialist leader and former Kabisuryanagar MLA Tarini Charan Patnaik.

They headed towards the house of legendary Odia leader Biju Patnaik, an obvious choice of the disgruntled leaders in Bhubaneswar, but the police bandobast there forced them to take a detour to the MLA Colony. Police had already arrested Biju babu by then.

With every politician was under police scanner, it had become difficult to find a safe hideout for Fernandes. It was then that they approached Meera Das, who was later elected to the Rajya Sabha as a member of Janata Dal, who stayed in the colony with her two children since her husband was posted in Talcher.

Das’ abode proved to be safe haven for Fernandes, where he spent a day and a night. It was at her place that they planned his escape to Kolkata.

“Since my husband worked in Talcher, many non-Odias visited our place. So, the police did not doubt Fernandes’ presence. I planned the nitty-gritty of his escape there. I contacted several persons for a car and finally managed to get the fiat of Bhabani Charan Patnaik,” she said.

On the plea that she had to take her ailing child to the hospital, they left home.

Her partner in crime was Bhagabat Behera, who later became MLA and minister. “Fernandes did not want to take a train for the fear of being recognised and asked for some other mode of travel to reach Kolkata as he felt from there it would become easy for him to evade arrest,” she said.

As planned, Behera’s brother booked a ticket in a Puri-Kolkata bus. “His brother boarded the bus. He was to get down at Mahavinayak from where Fernandes was to travel henceforth on his ticket,” she said.

While waiting for the bus near Chandikhol, a few socialist party members approached her. Behera went into hiding to avoid being recognised. “They told me that Indira Gandhi had sent a helicopter to get Fernandes arrested. He was standing close to them, but they did not recognise him. Fernandes was now confident that he would be able to keep his identity under wrap all through the bus journey,” she said.

They returned after Fernandes boarded the bus for Kolkata and avoided police for one more day.

After that the much-wanted underground leader was on the move constantly, changing his address and appearance often. By August 1975, his hair had turned grey and his beard was long enough for him to alter his appearance and become unrecognizable. He often disguised himself as a sadhu in a saffron kurta and lungi.

Das recollects how he would often introduce her to people in Parliament with great pride. “He was a very simple man. I and my husband also visited him in Delhi,” she said.

When asked if she faced any backlash from the then government for this ‘daredevilry act’, Das said it was not her but her husband, who felt the heat as he was sent on a punishment transfer. “I am always teased for it,” she said with a smile, still proud of her association with the former Defence Minister and the great socialist leader.